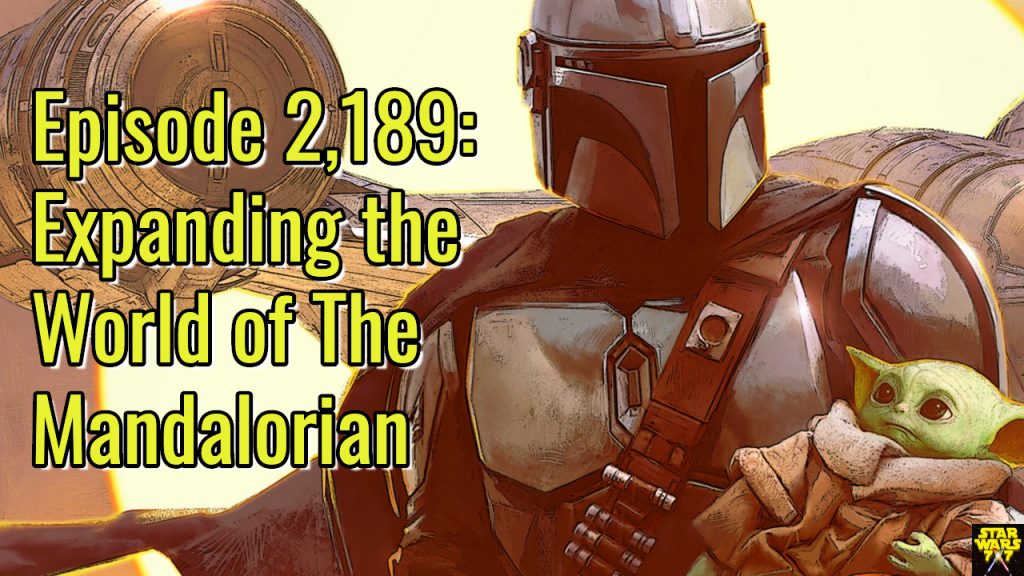 We ended June with an update on The Mandalorian Season 2, and we start July with news of a surprising kind – an expansion of the world of The Mandalorian, with new forthcoming stories.

Lucasfilm just announced a Mandalorian-themed publishing program, which they say will begin in the fall of 2020 and continue into the winter and spring of 2021. So far, only two dates have been announced – both of which are technically in the fall, but are well after the anticipated start to season 2 of The Mandalorian. That means it’s not a “Journey to” publishing program like we’ve had prior to the releases of the Sequel Trilogy movies. But many of the elements are similar.

I’ll talk about what we know so far, why we might have seen this coming, and when we can expect further details – all on today’s episode. Punch it!