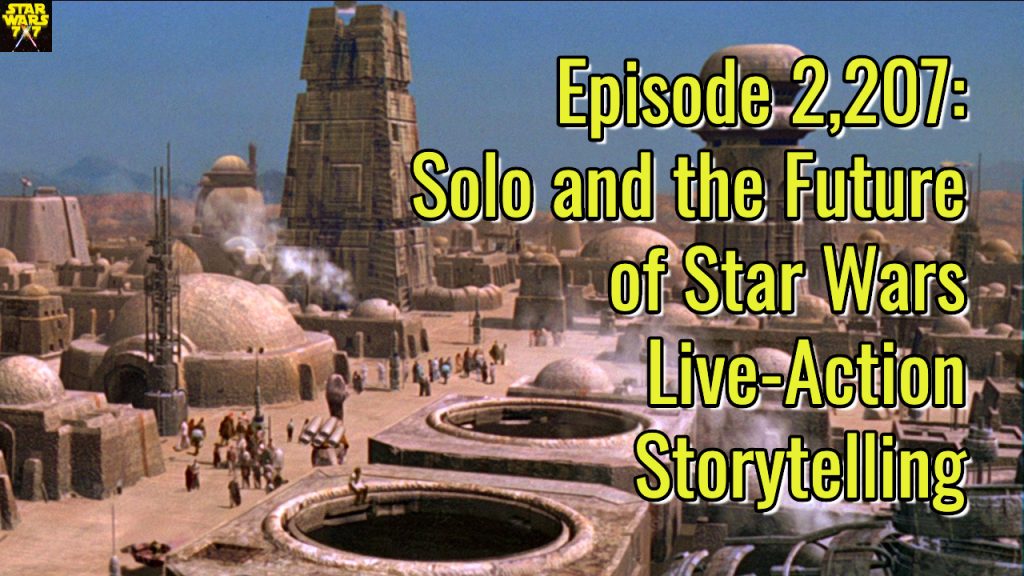 When we were talking about the possibility of a sequel to Solo: A Star Wars Story the other day, there was one other rumor I failed to mention. It actually dates back to September of 2019, and involves another rumored Star Wars project that had the rug pulled out from under it. Because things with Solo didn’t go as planned? Maybe so, maybe no, but the fate of another rumored Star Wars project that’s actually coming to fruition may point to a way forward.

I’m going to use that as the jumping-off point to talk about the future of Star Wars live action storytelling, and ask YOU a question. As we get into this gap of time where we’re waiting for the next announcements about movies and live action series, where do you draw the line as far as rumors, leaks, and spoilers go?

For myself, as the years have gone by, I’ve drawn the line at plot points. I don’t mind hearing about casting and character rumors, for example, and I don’t mind hearing about settings or timeframes. But let’s say – to give a 138% completely invented and hypothetical example – there had been a rumored published saying that there Baby Yoda was successfully cloned, and that we’d see dozens of him in season 2 of The Mandalorian. That’s the kind of rumor that A) I’d never want to know in advance of the actual episode where they appear, and B) I’d never want to discuss that on the podcast until they had appeared in the actual episode.

So that’s where my head is at on these sorts of things. As a listener, where’s your head at? Where do you draw the line? Let me know in the comments… Punch it!