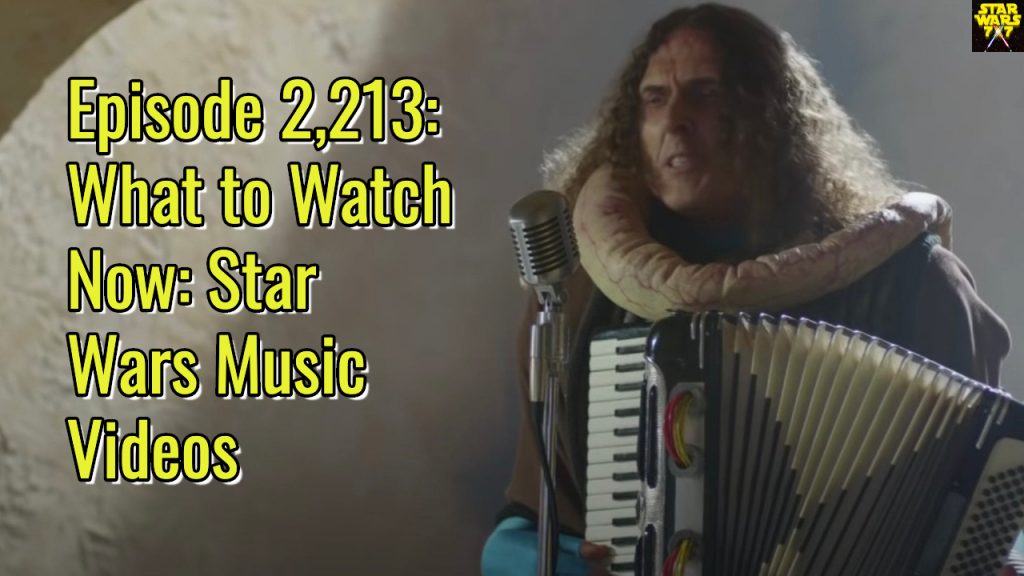 There aren’t a lot of Star Wars music videos out there! I know that’s not exactly shocking, but when I checked out the recent music video of Ludwig Göransson performing the theme from The Mandalorian, the point hit home. Prior to that, I think the only other “official” music video was the one released for The Phantom Menace’s “Duel of the Fates.” I’ll talk about those today, and as promised, here are the videos I talked about in the show, and a couple more!