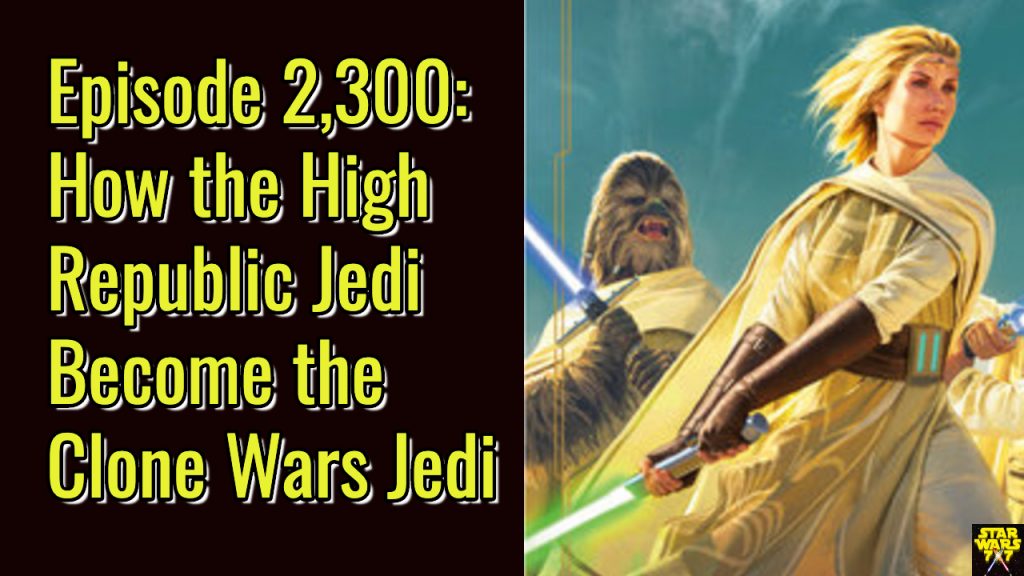 What does the evolution of religion and government in our own world potentially tell us about how the Jedi of the High Republic era become the Jedi of the Clone Wars era?

On today’s episode of the show, I’m following up on a topic we brushed across yesterday, thanks to the interview with Daniel Wallace, author of Star Wars: The Lightsaber Collection. That reignited something I’ve been wanting to pursue for a while, about how religion gave way to government as the dominant force (no pun intended) in people’s lives and on the world stage.

I think there’s a potential parallel between that evolution in our own lives and in the way that it could play out in the galaxy far, far away. Punch it!