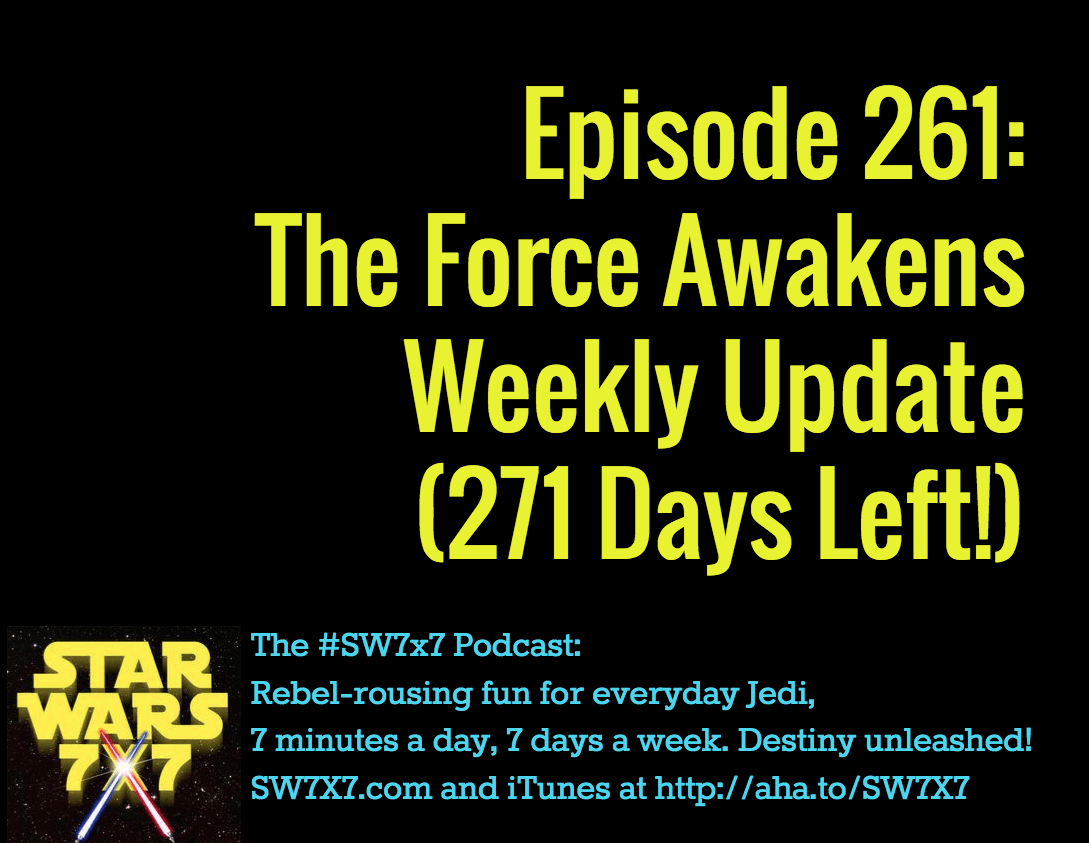 Here you go! All the news that’s fit to print about The Force Awakens. Note: rumors and spoilers abound – click at your own risk. 🙂

It’s a fake! Threepio and Artoo photo making the rounds is not from The Force Awakens (via Star Wars 7 news)

Poe and his X-wing

Today’s question: How many X-wing starfighters were destroyed while flying through the second Death Star?