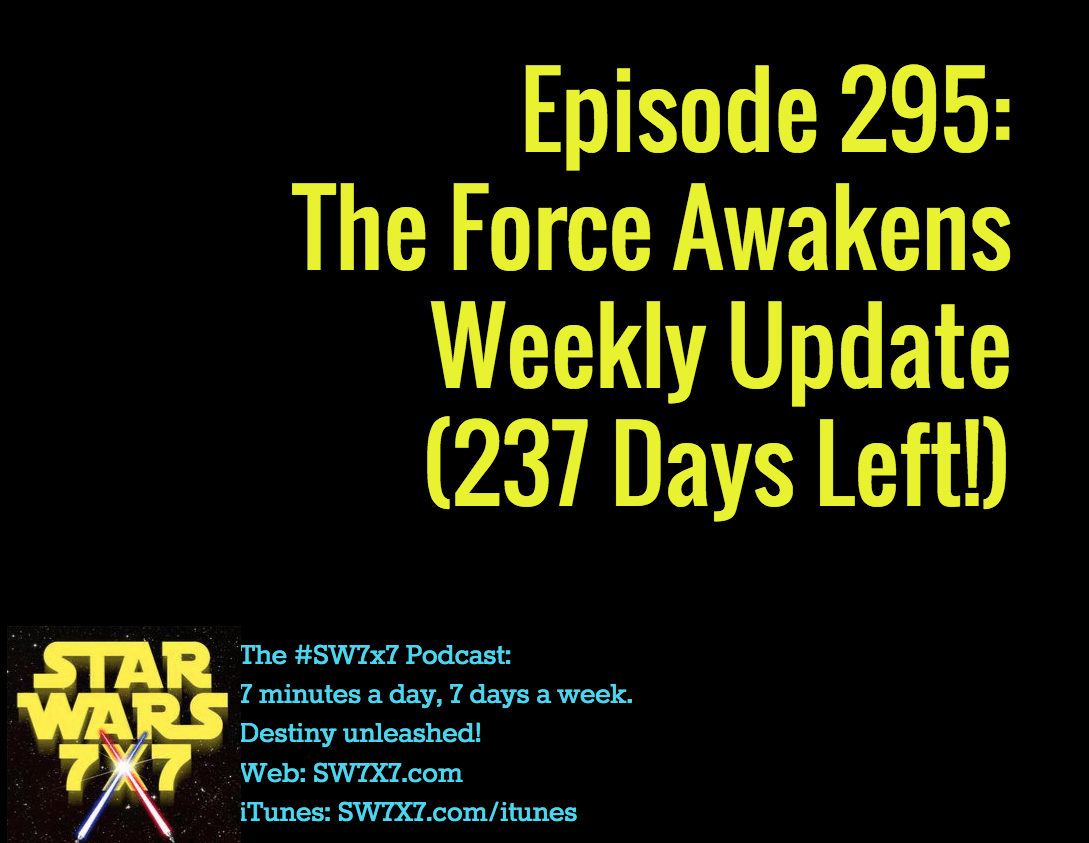 Been a mostly quiet week after all the hubbub around Star Wars Celebration! Nevertheless, there’s always news to report about The Force Awakens:

And as for the picture from the first teaser trailer, what do you think – the same TIE fighters as the ones in the second trailer? (Frame capture via JediNews.UK)

Today’s question: Who did Darth Vader say “should have not come back”?