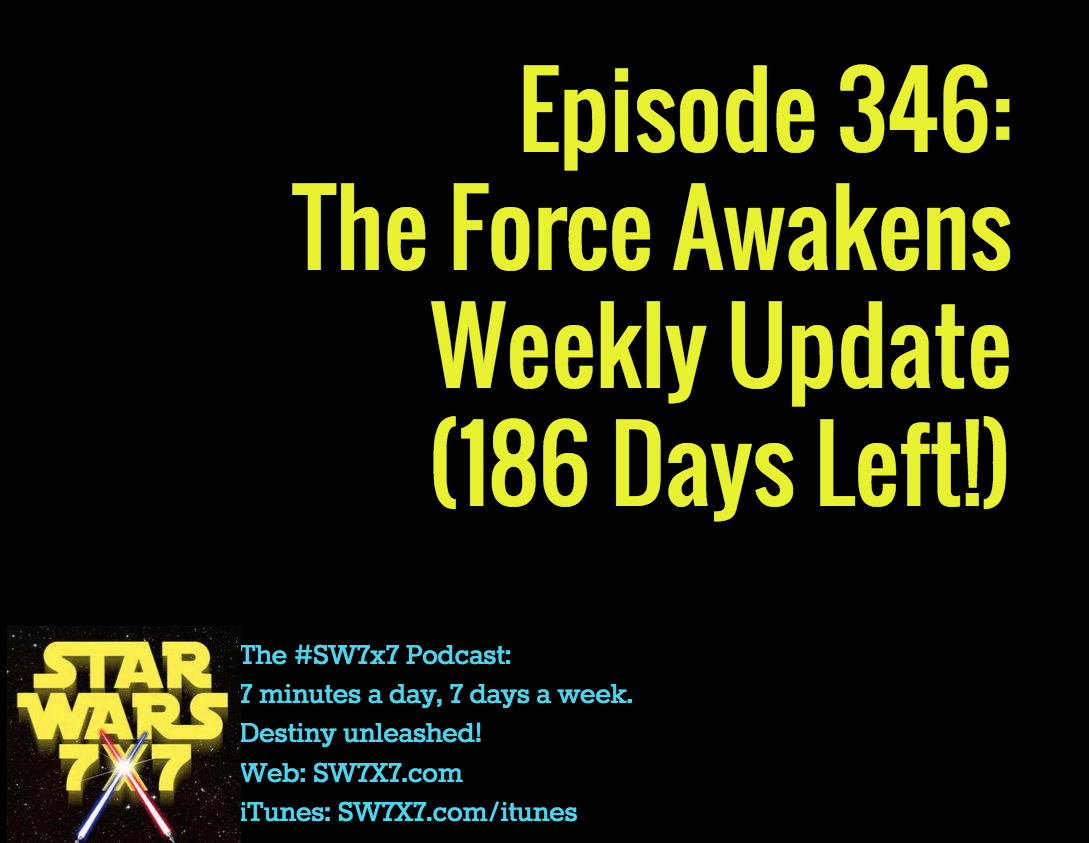 Back up to speed with The Force Awakens updates!

Speculation on Greg Grunberg’s character in The Force Awakens, via Star Wars 7 News

Scenes from the resistance, via Making Star Wars

A collection of tidbits from The Force Awakens, Rogue One, and Episode VIII, via Indie Revolver

Happy belated birthday to Steve Sansweet! He’s the “chairman and president of Rancho Obi-Wan, a nonprofit museum that houses the world’s largest collection of Star Wars memorabilia” (per Wookieepedia). He’s a former newspaper guy, having worked for the Philadelphia Inquirer and the Wall Street Journal, and taught business journalism at USC in the 1980s.

Then, according to him (and Wookiepedia), he made a leap of faith and “followed his bliss” — and passion — to become Director of Specialty Marketing at Lucasfilm Ltd. His title later changed to Director of Content Management and head of Fan Relations. He served in that position until 2011, at which point he retired and begin a new career with the management of Rancho Obi-Wan.

JJ, Kathleen Kennedy, Lawrence Kasdan & special guests kick off #StarWars at @Comic_Con with a special look at #TheForceAwakens on 10 July!

Good Guy Sublimated Tank Top – click the pic for details and to get yours!

Today’s question: Who’s philosophy was, “There is no try”?