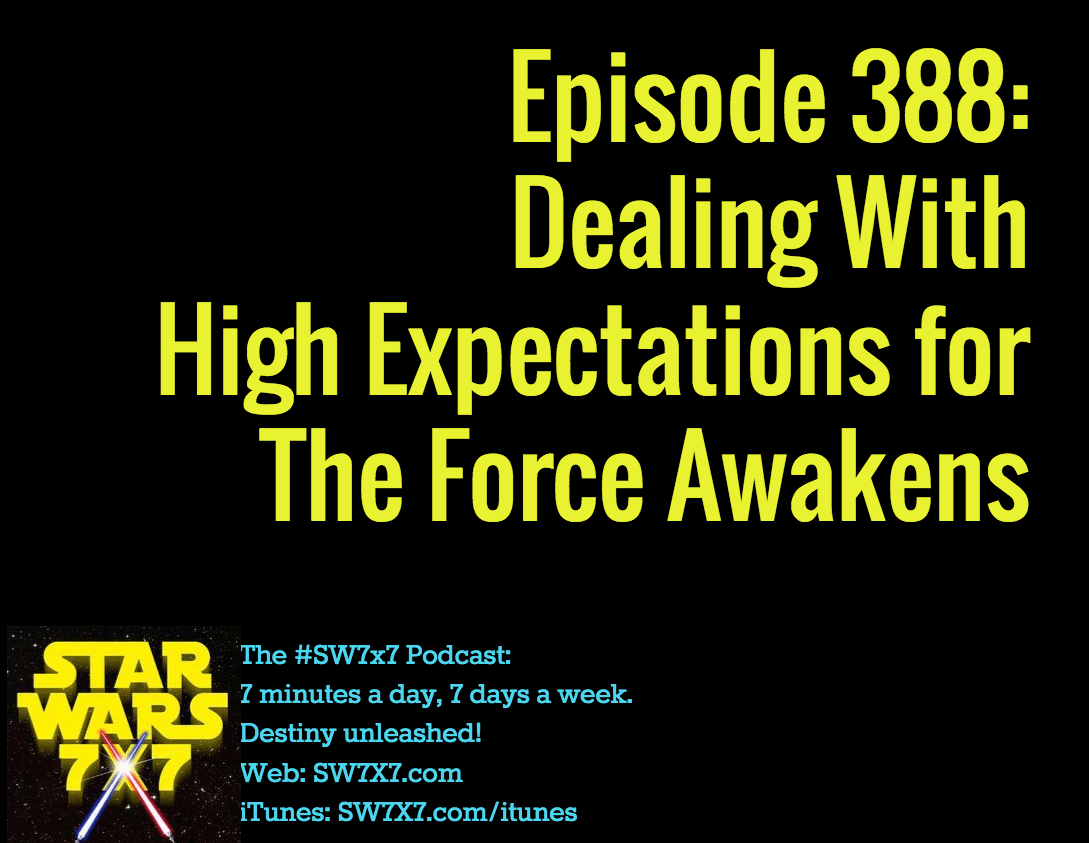 Many OT fans had their hopes sky high for the PT, and to varying degrees, feel like the PT didn’t live up to the OT standard. Some folks experience this as a mild disappointment on one end of the spectrum, and some on the other side would go so far as to wish the PT movies never existed.

So when it comes to the Sequel Trilogy (ST), those OT fans, for all their excitement, are wary of letting their expectations run away with them, for fear they’ll be “let down again,” so to speak.

Meanwhile, the PT fans are now in the same position with the ST that OT fans were with the PT. PT fans have to be having an unrealistically high set of expectations for the ST, ones that would be well-nigh impossible for the ST to fulfill.

I’ve been thinking a lot about this over the course of the past year. Part of me is grateful for the immersion in all things Star Wars, because it’s taking the edge off my expectation, and may possibly let me enjoy The Force Awakens for whatever it is when it comes out in December.

Then there’s another part of me that desperately, desperately wants to feel the same emotion and excitement that I felt a a kid watching the original movies. I’m trying to navigate that line right now, in these last few months, knowing that Lucasfilm is going to do everything it can to whip all the fans up into a frenzy with the the Force Friday event on 9/4/15, and heaven knows what else between then and the movie’s release.

Where are you at in your Force Awakens journey? Are you trying to temper your expectations? Letting them run wild? Or have you mastered the art of going in to see the movie with a “beginner’s mind”? Have your say in the comments!

Today’s question: Who fired five blots at an Imperial biker scout on Endor with his vessel’s blaster cannon?