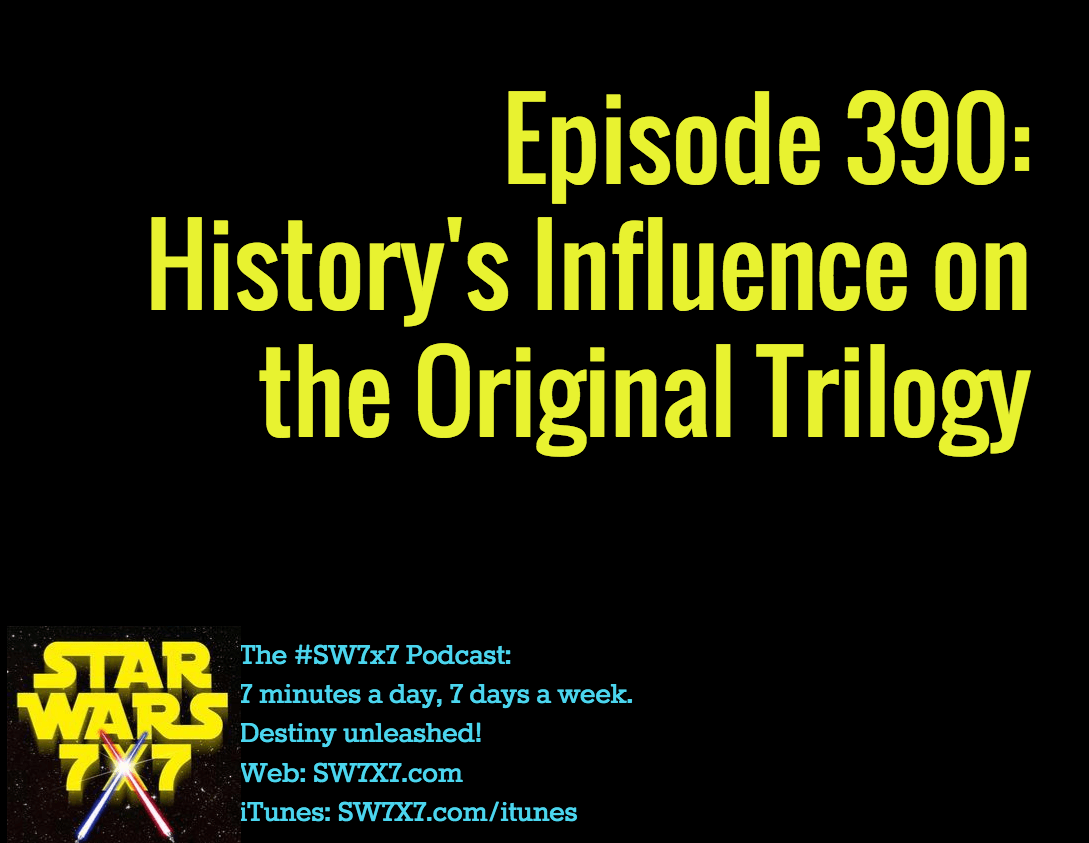 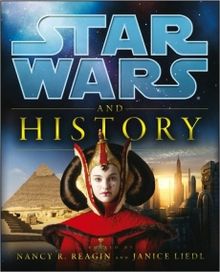 Fred Butler, a Patron of the podcast, asked if we could do a podcast about the historical influences on the Star Wars movies. Which I thought was a pretty neat idea, because what gets talked about commonly is the mythological influences on Star Wars. Joseph Campbell, The Hero With a Thousand Faces, and so on and so forth. But it turns out that there are many, MANY parallels to be drawn between Star Wars events and Earth history events. So many, in fact, that there’s a book about them!

Star Wars and History, edited by Janice Liedl and Nancy R. Reagin, includes 11 scholarly essays written with insight and assistance from George Lucas himself, for a Lucasfilm-authorized book. Among the parallels drawn between real history and Star Wars history as far as the Original Trilogy goes:

>>> Princess Leia to Joan of Arc, fighting to overthrow a usurping monarchy and restore a previous government

>>> The Jedi to the Samurai

>>> The Rebels to Washington’s army at Valley Forge

And the list goes on! So, tell us in the comments – did you have any idea the Star Wars movies were rooted in history as much as they are in mythology? Personally, I had no idea this rabbit hole goes as deep as it seems to…

Today’s question: What Cloud City industrial process carries a lethal risk if used on a human being?