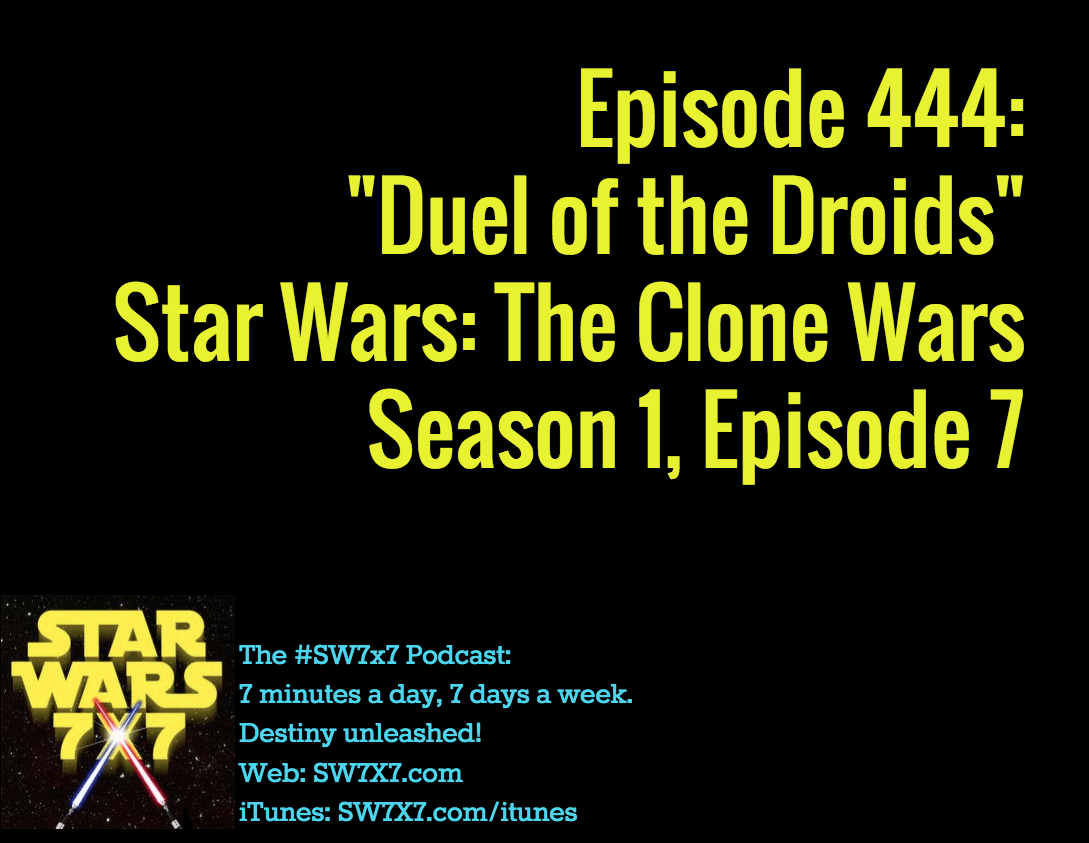 It’s the exciting conclusion to “Downfall of a Droid,” part of the first season of The Clone Wars series. In “Duel of the Droids,” we learn:

>>R3-S6 wasn’t incompetent, it was a Separatist spy.

>>R2-D2 is packed with secrets, but we don’t know whether they’ve now been erased

>>Anakin sees Artoo as more than a droid – as a friend. But interestingly, they’re never in the same scene in the Original Trilogy, so we never get to see a reaction (or lack thereof)

>>Anakin is as hot-headed as ever, ignoring Obi-Wan’s orders

>>R2 can fight with the best of them, and takes out R3 with ease

Also, we chat about Daisy Ridley and John Boyega’s accents, in light of a casting director discovery (via Star Wars 7 News)

Today’s question: Who didn’t have Wookiees in mind when designing shuttlecraft, according to Han Solo?