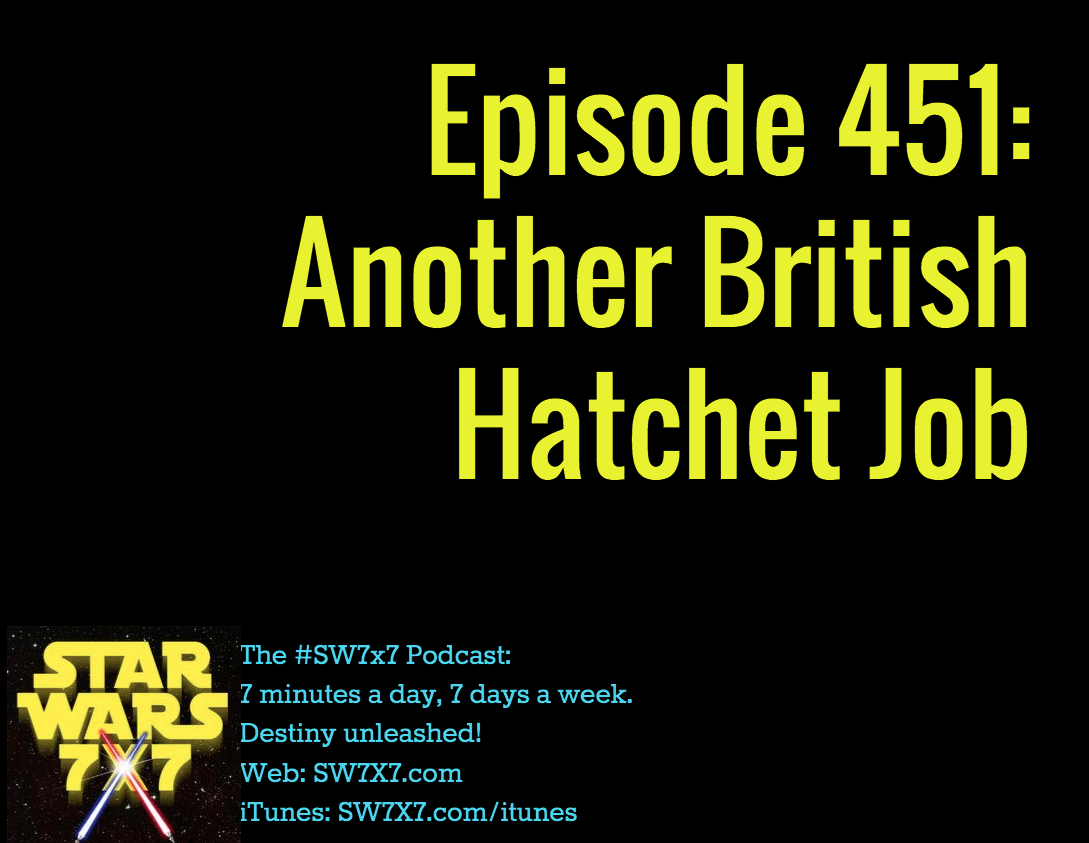 Back in Episode 117, we took The Independent to task for misconstruing Ewan McGregor’s comments about for-profit autograph seekers at public events, and making it sound like Ewan hates all Star Wars fans.

This time, it’s the Express in Britain that’s performing a hatchet job on a Star Wars star – namely Darth Vader himself, David Prowse.

Sounds bad, of course. And right away, they elaborate on it:

When asked whether he was looking forward to episode seven, he said: ‘Not at all, I’ve no interest in it whatsoever – other than I was in episodes four, five and six.’

I had a moment where I thought he might have meant “interest” in the sense of being invested in it somehow, which would be a more British way of interpreting that phrase, I think. And would be entirely less insulting.

And the more I read, the more I think that I’m right on this, because the article goes on to say:

However, Dave did say that it was ‘going to be interesting’ to see what the new film will be like.

He went on to admit that he would watch The Force Awakens if he got invited to the premiere but ‘probably would’ see the movie.

The Express seems almost incapable of getting a full-sentence quote from him, which makes me trust the Express and its motives even less.

Almost, because at least there’s this:

‘I would have loved to be involved in some shape or form. They even had a big party to launch episode number seven and I never even got invited to it. Unfortunately they tend to ignore me,’ he said.

Which, if there had been any actual journalism being performed, the Express would have noted – and probably would have been glad to include this bit of information, too, since it escalates the conflict – that Prowse has been banned from all Lucasfilm events since 2010. Here’s TheForce.net’s write-up on it.

So that’s that for that – no more Express stories will be shared by this podcast. Besides, you can get all the Star Wars news you want right here, right? 😉