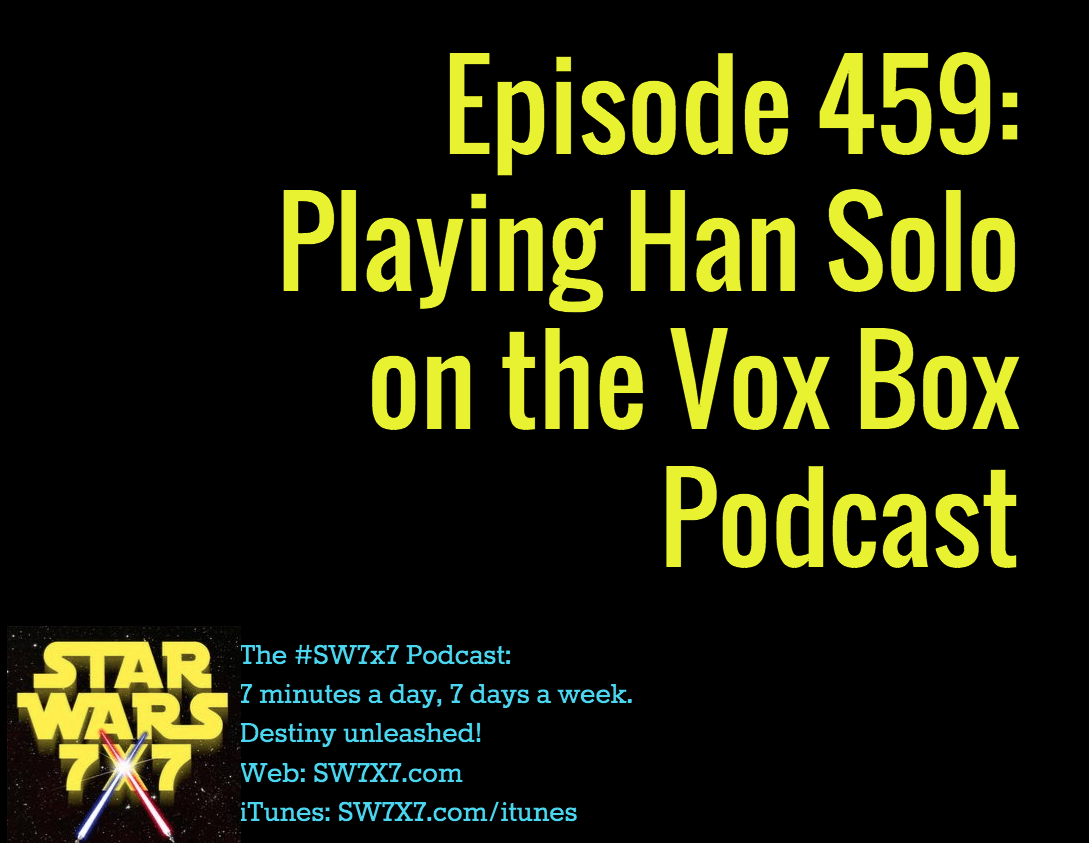 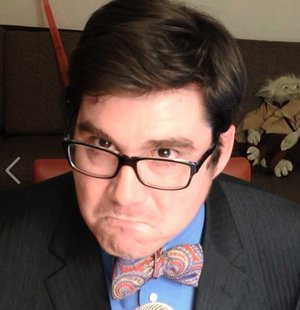 That’s Michael Corley at right, host of the Vox Box Star Wars Comic Book Podcast. If you’re of a certain age, you may remember that the first “Expanded Universe” stuff happened in the Marvel Star Wars comic series beginning in 1977. Well, Michael is revisiting each and every issue in his podcast, with dramatic readings, to boot!

What’s a dramatic reading, you ask? Glad you did! In each episode, Michael takes a couple of panels from the comic being discussed, gets a fellow podcaster to read a character’s lines, and then adds in the sound effects and music to create a full-blown radio-drama-style experience!

I had the honor of playing Han Solo in the just-released episode 23 of Michael’s podcast, and I’m super grateful for the opportunity. I may not be taking over Perry King’s job or David Collins’ either anytime soon (both prominent Han Solo voice actors), but you never know to where the podcast world is going to lead you…

Here are the panels I read in the episode, which is excerpted in today’s Star Wars 7×7 episode: 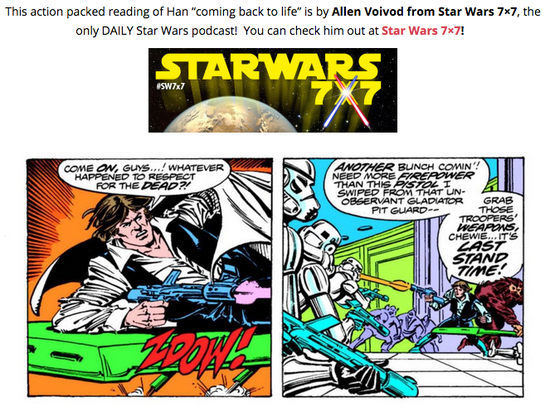 Great to play a hero…and I’ll get to return in a later Vox Box episode playing someone…er…not so heroic!

Today’s question: How many Rebel starfighters did an Imperial officer claim were attacking the first Death Star?