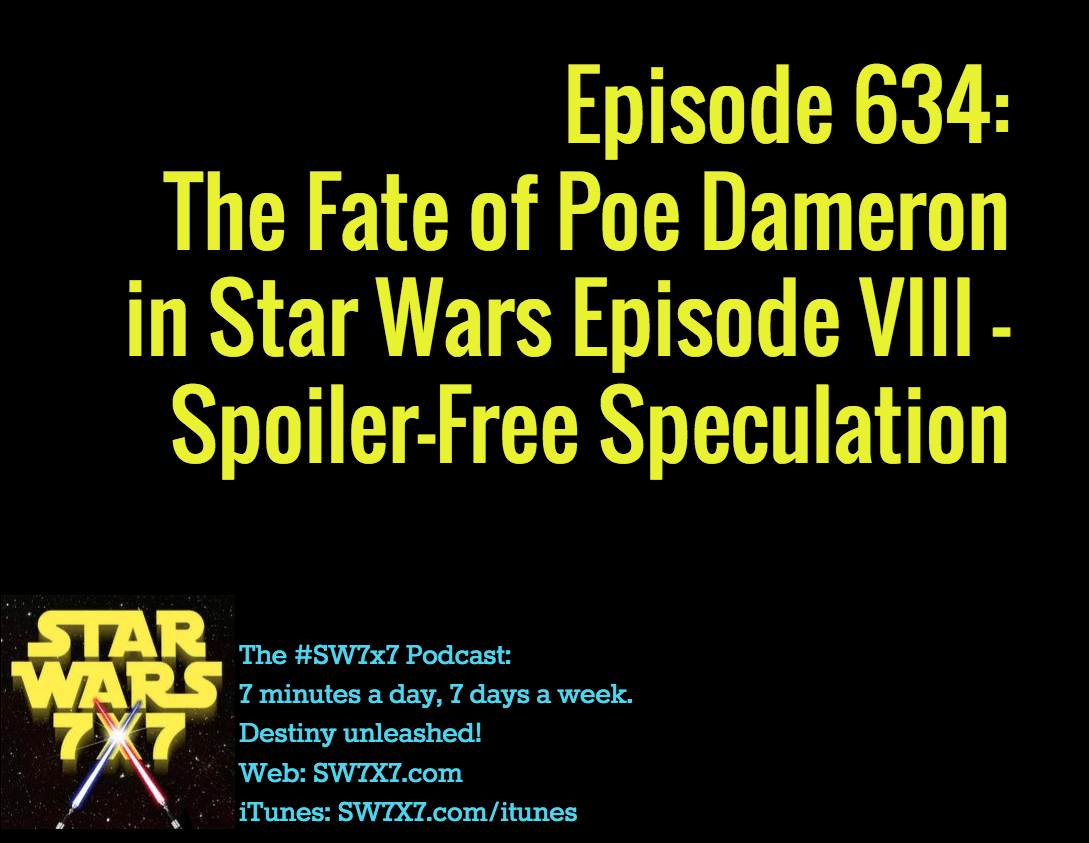 We’re resuming our series of spoiler-free looks at Star Wars Episode VIII, and the characters and groups which will undoubtedly play a major role in the movie. Last week we looked at the major groups in play – the Resistance, the Republic, the First Order, and the Empire.

This week, we’ll be looking at the heroes from The Force Awakens – Rey, Finn, and for today’s episode, Poe Dameron. Poe is poised not only to become a major player in the Resistance (and possibly the Republic), but also gain some extra screen time with Finn out of commission after his fight with Kylo Ren. Have a listen as we discuss Poe’s potential fortunes!

(BTW, next week will be Family Week with Luke, Leia, and Kylo Ren.)

Today’s question: What did Leia say had not changed about Han, even though he insisted that it had?