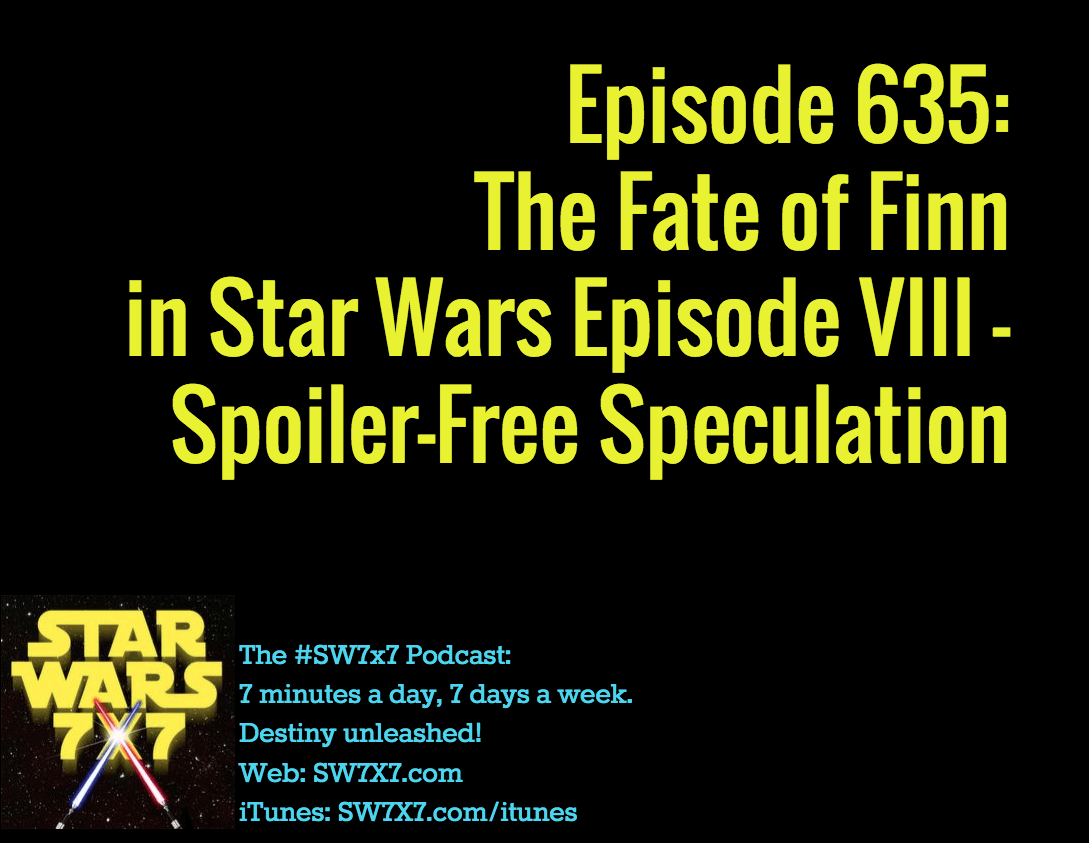 Today we tackle the enigma that is Finn in our series of spoiler-free speculations on the fates of characters in Star Wars Episode VIII. Poor Finn, who was utterly crushed by Yoda in the “This Is Madness” character tournament in the first round – couldn’t be helped, Yoda’s a former champion who then went on to flatten Ahsoka Tano – will likely start Episode VIII in the medically-induced coma (per the novelization) we left him in at the end of The Force Awakens.

Once he wakes up – and he WILL wake up – whatever will he do? He hates the First Order, but he’s not loyal to the Resistance. He’s only loyal to Rey, and perhaps to Poe Dameron as well. With Rey safely away with Luke Skywalker, Finn becomes a bit adrift. Will Poe convince Finn to take up the cause of the Resistance? Or will Finn take off on his own, and try to discover the truth about his identity?

Or – my guess – will he work with the Resistance and help them against the First Order, while simultaneously using that position for some ulterior motive (like finding out about his family)?

How about you? What do YOU think Finn will get up to in Episode VIII? Share your thoughts in the comments!

Today’s question: How many times does Kylo Ren remove his helmet in The Force Awakens?