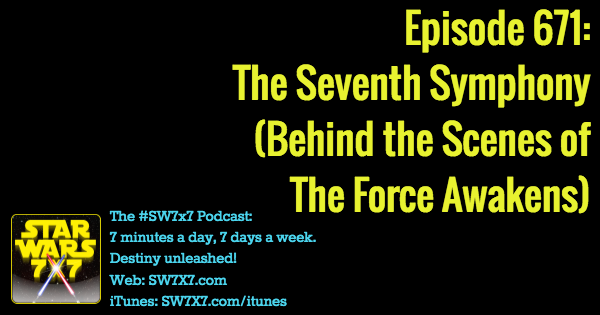 We’re starting a series of looks at the Behind the Scenes material from The Force Awakens DVD/Blu-ray/Digital HD release, and kicking things off with “The Seventh Symphony,” a sub-seven-minute look at the creation of the music for The Force Awakens.

Interview with J.J. Abrams, Larry Kasdan, Kathleen Kennedy, and of course the master himself, John Williams, are packed into this video, which also includes Williams’ reflections on how the team wanted him to connect the material of the Original Trilogy with the Sequel Trilogy, and on the creation of Rey’ theme, Kylo Ren’s theme, their fight in the snow at the climax of the movie, and an intriguing bit about the Jedi Steps theme at the very end, too.

I have to say, for every criticism I’ve read about The Force Awakens – and though they’re not the majority by any stretch, they’re out there – I’ve yet to see anything that complains about the work John Williams did in scoring The Force Awakens. And besides, he got yet another Oscar nomination for his work with it, so clearly the guy knows what he’s doing! 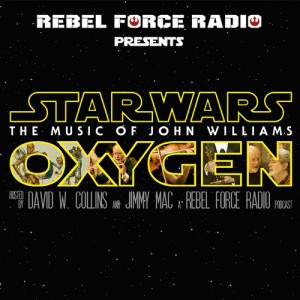 Also, a brief shout-out – if you think you know everything there is to know about Star Wars, you’ve gotta check out the Star Wars Oxygen podcast, hosted by David W. Collins and Jimmy Mac. David does such wonders with revealing the genius of Williams’ scores, that I hope Lucasfilm does a longer documentary on the scoring of Episode VIII, with Collins as narrator and lead interviewer. Put Collins in the room with Williams for eight, ten, twelve weeks, whatever it takes, and let Collins dig into Williams’ music and methods like no one ever has before. C’mon Lucasfilm, make it happen!

Yesterday’s answer: “He’ll be all right.” (Spoken by Luke to Threepio about Artoo.)

Today’s question: What’s the first line of dialogue in The Empire Strikes Back?