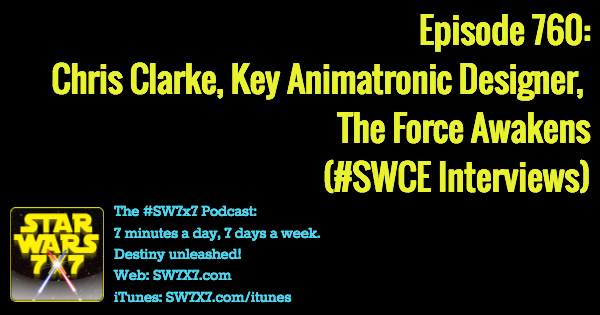 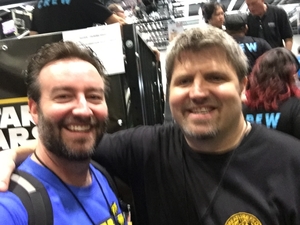 Our series of interviews from Star Wars Celebration Europe continues! Today, I’m sharing the brief conversation I had with Chris Clarke, Key Animatronic Designer for The Force Awakens. He was just about to go onto the Star Wars Show livestream right after this interview (and picture!), so it was a lucky thing to have a moment to chat with him.

If you’ve watched the creature feature from the bonus materials for The Force Awakens video release, you’ve seen Chris and his work, including voice work, for First Mate Quiggold – he’s the one who, along with the Crimson Corsair, were ready to hire Finn for work in trade for passage to the Outer Rim while they were at Maz Kanata’s castle. Have a listen, and find out what a guy on the inside of filmmaking thinks is most exciting about Star Wars right now!