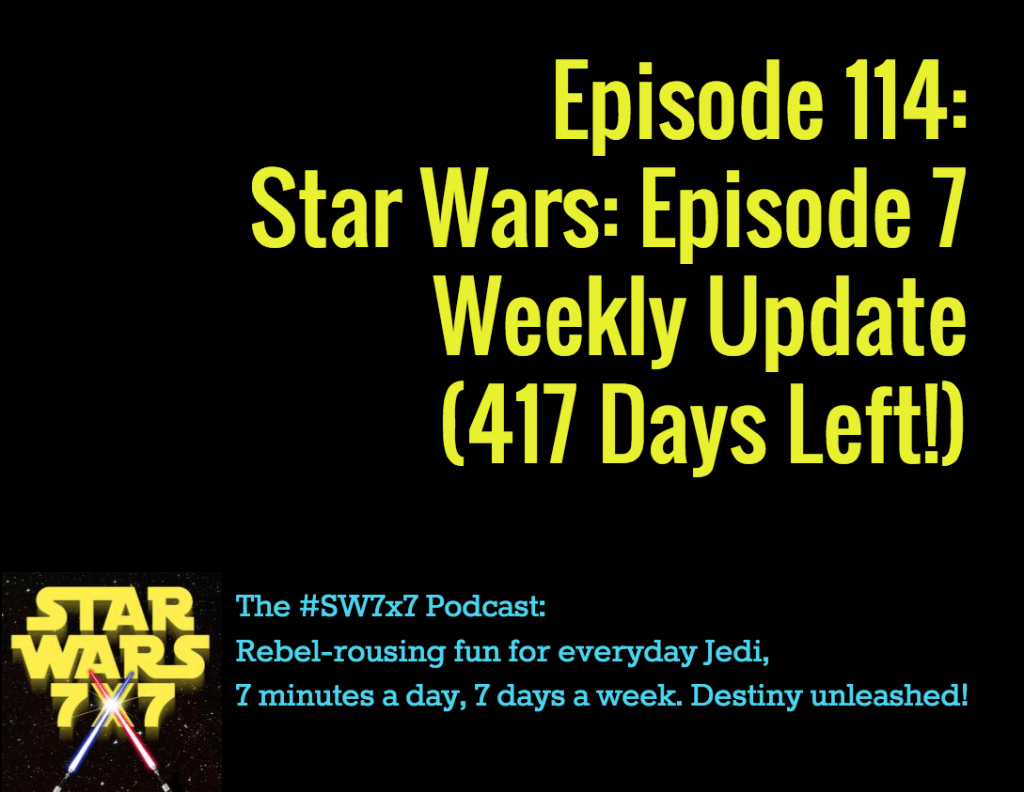 First off, we have to give the Tease of the Week award to Benedict Cumberbatch, who had previously said he had nothing to do with Star Wars Episode VII, recently left the door open for a different answer to that question while he was on the Graham Norton Show across the pond. Will he, won’t he, will he, won’t he? Dude! Stop dragging our hearts around and just commit to a “Yes” or “No,” will ya?

Meanwhile, the latest in a series of franchise famous actors has visited the Episode VII set, and this week, it was The Boy Who Lived. Yes, Daniel Radcliffe himself had a chat with Harrison Ford and revealed that the crew at Pinewood is made up of a lot of Harry Potter movie alums. Radcliffe says he was just there visiting friends, and there’s been no attendant rumor or speculation that he was there to shoot a scene for the movie, shockingly. I wonder how many unbilled cameos we’re gonna get in this darn movie after all!

However, someone who was never officially confirmed as being in the movie has actually finished her part in the movie, whatever that may be, and that’s Christina Chong. The speculation is that hers is a comparatively minor part, but that it could be greater in Episode VIII. I love these speculation reports, by the way. Pretty much anyone could make up anything and call it speculation and make it sound like there’s an inside track on information. Crazy, right? Well, if we’re speculating here, remember, if Luke dies in Episode VII like Obi-Wan did in IV and Qui-Gon did in I, you heard the speculation here first.

In an otherwise slow news week, there were a couple of bits of big news to be had, and once again, it seems that MakingStarWars.net has the jump on every other fan site (in the US, at least) for Episode VII leaks. This is the part where you get to cover your ears and skip ahead for the next minute if you don’t want to hear what’s been reported.

Not only have fully-garbed stormtroopers been spotted in a park nearby Pinewood Studios, and it looks like they were shooting an action scene in the woods. But one of those stormtroopers may not be exactly what he appears to be. Yes, indeed, it’s entirely possible that Han Solo will disguise himself as a stormtrooper again for Episode VII. And this report seems to match up with some of the gigantic load of concept art that the MakingStarWars team has been discussing and releasing over the past month or so. Which also includes Chewie being along for whatever mischief Han’s gotten them into this time.

All these little potential puzzle pieces, not yet resolving into the whole…it’s enough to drive you a bit crazy!

So is it just me, or has filming been going on forever? I just looked back at the dates for principal photography for Revenge of the Sith, and that was barely 3 months, from June 30 to September 17, 2003. For Episode VII, principal photography began on May 16th this year. If the process is equivalent now to what it was then, then we’re already running two months longer than we were last time around. I know they had a summer hiatus, and Pinewood is a new facility for the production, and they claim Harrison Ford’s leg didn’t slow them down, but at this rate, I’m either worried or frustrated or both. Also, I just checked, and the teaser trailer for Revenge of the Sith debuted in theaters on November 5th, 2004 – a little more than six months before its debut in theaters. So we still have a looooong way to go. 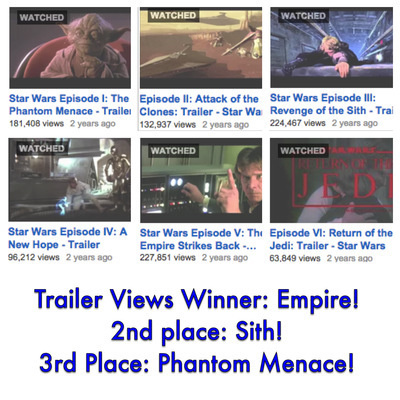 Did you know? When the Star Wars: Episode VII trailer debuts, it’ll be the first trailer for any Star Wars movie to appear on YouTube in a timely fashion!  That’s right, even though YouTube was founded in February 2005 – just in time for Revenge of the Sith‘s trailers to have been added – the Star Wars official account didn’t post its first video until September of 2011. All six trailers were posted to the account in July of 2012, and currently, Revenge of the Sith is second only to Empire in terms of video views of that trailer.

From Our Own Correspondent: The island that links Irish monks and Jedi knights: http://t.co/DbTkYEbHQO #StarWars pic.twitter.com/cWuqxqpy8Y

Today’s question: What device did Darth Vader’s flagship try to use against the Falcon during the escape from Cloud City?