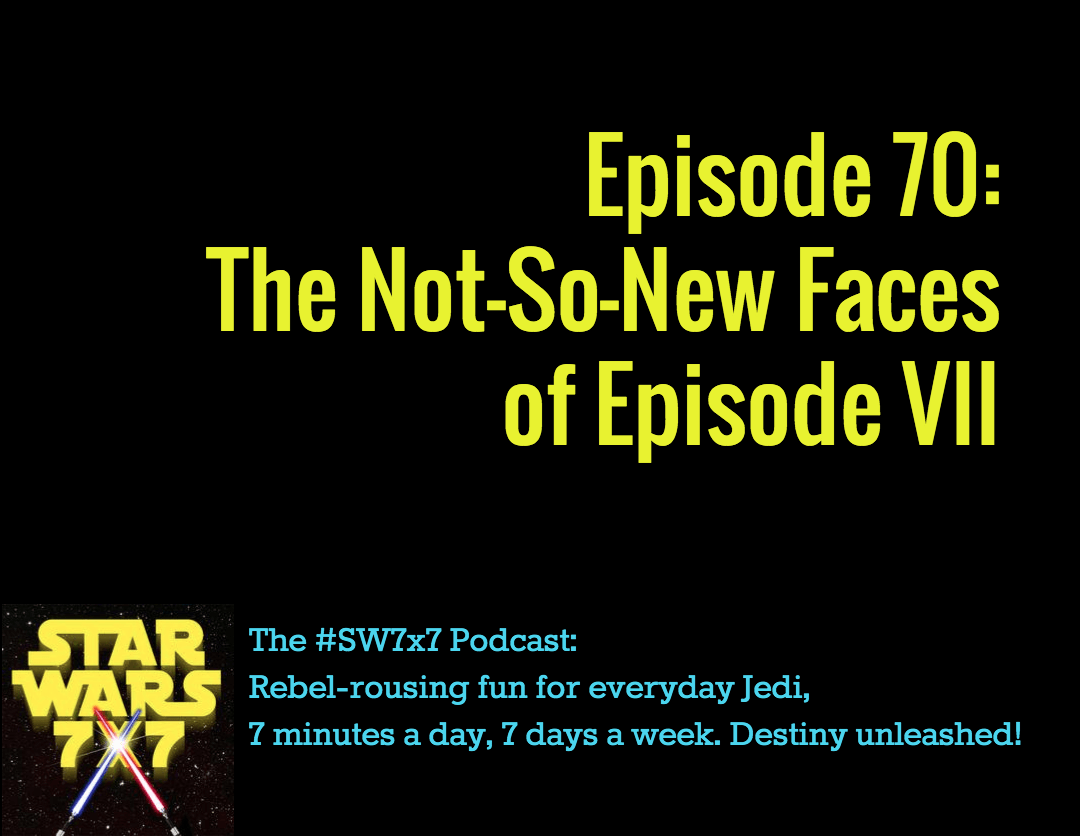 Last time we talked about the new faces in the cast of Star Wars Episode VII, and I’m aware that I mentioned five new major young cast members, but only really talked about three! So we’re going to get the other two involved here, as well as one more for good measure. And tomorrow, we’ll talk about the last three folks of note involved with the new production. Sound like a plan? Good. 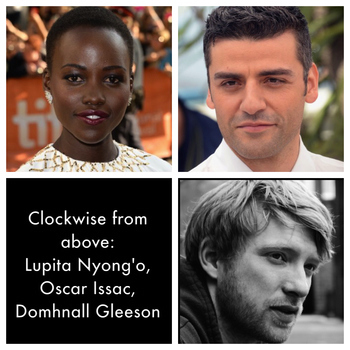 So today, you get to know Oscar Isaac, Lupita Nyong’o, and Domhnall Gleeson. I know J.J. Abrams is going after unknowns for the most part, and I’d venture to suggest that even though these three have had some high-profile stuff happen for them, they’re nowhere near household-name status.

Take Lupita Nyong’o, for example. Her first feature film role was in 12 Years a Slave in 2013, for which she won the Academy Award for Best Supporting Actress. Then she takes a step down with Non-Stop before riding the heights with Star Wars Episode VII. Not a bad ride she’s on, right? She’s landing fashion magazine covers and becoming the new face of bunches o’ beauty brands to boot. And otherwise, have you ever heard of her? Right, I thought not.

Same goes for Domhnall Gleeson. You know his dad better. That would be Brendan Gleeson, who plays Alastor “Mad Eye” Moody in the Harry Potter movies. Domhnall himself played Bill Weasley in Harry Potter and the Deathly Hallows Parts 1 and 2. Aside from that, he’s been in a bunch of mostly disposable things, plus a part in True Grit, and a romantic comedy with Rachel McAdams, About Time, which was HUGE in South Korea. Seriously, South Korea. According to Wikipedia, it made more money there than in any other country!

And then there’s Oscar Issac, who seems like he could be a cross between Lupita and Domhnall, from a career standpoint. He’s been in many films that most people have never heard of, and has been unnoticeable in the ones that anyone had heard about, like The Bourne Legacy or Sucker Punch. Except for one thing. Inside Llewyn Davis. No, he didn’t take home the big prize like Lupita did, but he did get nominated a heck of a lot, and won Best Actor awards from a number of film critic societies.

So, between these three, and considering John Boyega, Daisy Ridley, and Adam Driver, what are we to think about the new cast? Funnily enough, I think the biggest question mark revolves around the one we know the least about, from an on-screen perspective, and that’s Daisy Ridley. In fact, we barely know anything about her, especially for someone who’s the first person confirmed for all three movies! Not even her age is listed in her various profile spots on the web. And not even Luke, Han, and Leia are confirmed for Episodes VIII and/or IX.

The only other way we’re going to get to know her is through her Twitter feed, which, she only has 306 tweets on as of this recording, and I may end up obsessively watching her feed, just to see more deeply into the mystery.

What do you think about her, or any of the new actors we’ve talked about so far? Let your fellow fans hear what you have to say at Facebook.com/SW7x7!

Did you know? Lupita Nyong’o, one of the new faces in Star Wars Episode VII, has already acted with a Star Wars alum – Liam Neeson. She played a flight attendant in the air-marshal thriller Non-Stop.

Today’s question: What language did Aunt Beru want her translator droid to speak?