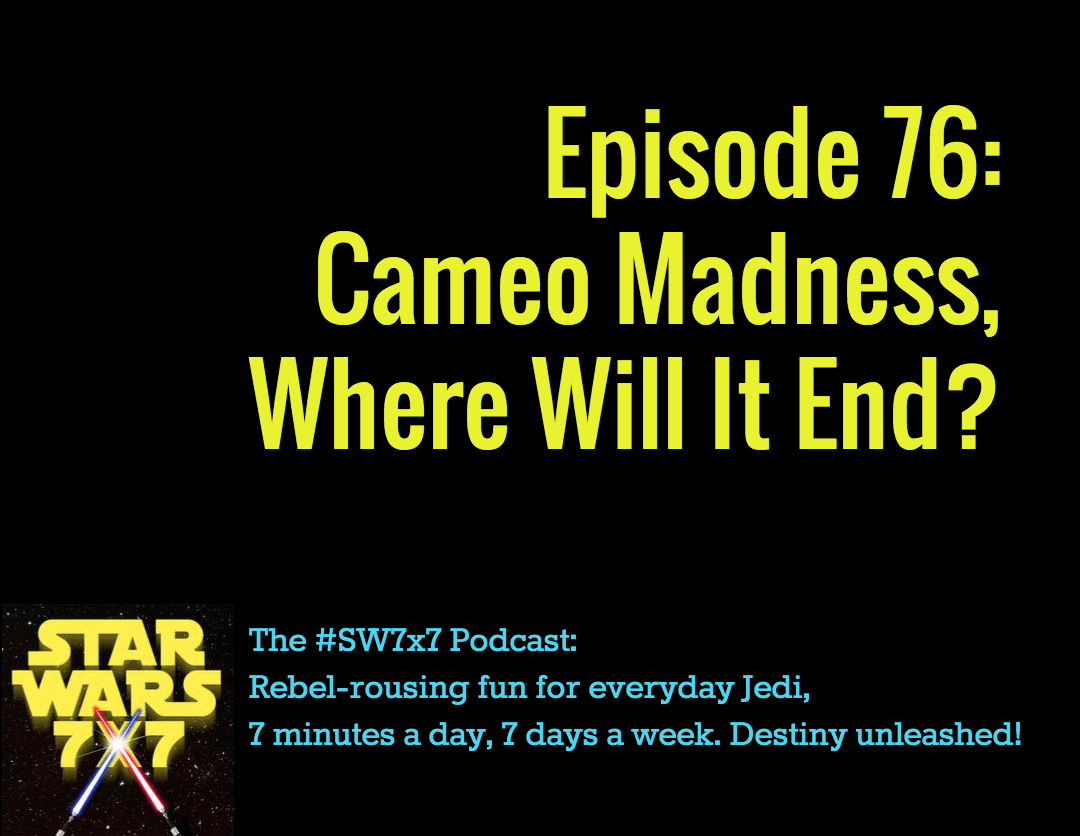 So this cameo thing is starting to get out of hand, isn’t it? They used to refer to old war movies as having a “cast of thousands” because of all the paid actors only appearing in the background. Pretty soon, we’ll be referring to Star Wars: Episode VII that way, too!

Three rumored cameo appearances have been quashed, those being from Simon Pegg (as in, Scotty from the Star Trek reboot, like you didn’t know) Tom Cruise (yes, that Tom Cruise), and the noted podcaster and filmmaker Kevin Smith. (It’s funny to list his talents in that order.)

But I got to thinking about these and other famous faces in Star Wars, since the cameo topic keeps coming up. When I was in my tweens, I had no idea who Alec Guinness was, or who Billy Dee Williams was, despite their both having numerous credits to their names.

So even though Lucas set out to cast a bunch of fresh faces for key roles in the original Star Wars, he was hedging his bets with powerful actors on the backside. Which, to my mind, makes a lot of sense.

But even that choice of actor is crucial. Check out this great quote from Kevin Spacey:

Over the years, I’ve been trying to build a relationship with an audience. I’ve tried to maintain as much of a low profile as I could so that those characters would emerge and their relationship with audiences would be protected.

So when I saw Ewan McGregor, Liam Neeson, and Natalie Portman cast for the prequel trilogy, I had my initial doubts, because I thought they were a bit too well known, for my tastes. Ultimately, I was able to lose myself in their performances, and not bring their outside reputations into my viewing of the movies, because I think all three of them agree with Spacey.

Samuel L. Jackson, however, was another story entirely. It’s kind of impossible for me to look at him, and not imagine him saying, “I want you to go into that bag, and find my lightsaber,” and Ventriss says, “Which one is yours?” and Mace replies, “It’s the one that says Bad MamaJama.” Except it’s not “MamaJama” I’m expecting to hear, and I start to realize that I’ve been waiting for the swearing to happen for the entire movie.

But my kids? The ones for whom George likes to remind us that these movies are made? All of the above is lost on them. Which is as it should be, I suppose.

So now we start hearing about all of these cameo casting rumors for Episode VII. Daniel Craig, James Bond himself. Nick Frost, friend of and creative collaborator with Simon Pegg. Wolverine Hugh Jackman, Iron Man Robert Downey Jr. The Incredible Hulk Mark Ruffalo, Samuel L. Jackson (flashback or Force ghost?), Abrams’ childhood friend and Heroes actor Greg Grunberg, and heaven knows who else by the time you read or hear this.

Now, some of these folks, like Daniel Craig, have intimated that they’ll be in full costumes with their faces obscured, so that the viewer won’t have any idea (and thus won’t have the movie experience spoiled for them). Which I’m all for. Because quite honestly, this is getting out of hand. It seems like half of Hollywood is going to be begging for a spot in the movie at this rate (if they aren’t already).

And yes, there is a tradition of cameos in the Star Wars movies, particularly in the prequels. Another fun fact for you: Jeremy Bulloch and Ben Burtt are the only two people to have had a cameo in both the Original and the Prequel Trilogies. But the celebrity level of the cameos has been non-existent for the last six movies.

As much as there’s a part of me that wants to see them in there, and see what they might do in the Star Wars Universe, I don’t want the celebs to take any focus away from the story they seem to be promising to deliver, which equates with George’s model of doing things, too, looking at the previous trilogies. Show us the next generation of actors and their struggles. Don’t let my generation of actors muck it up with their own delusions of grandeur.

Did you know? George Lucas himself had a cameo in Revenge of the Sith, as Baron Papanoida. Is that supposed to be pseudo-alien pigeon talk for “Daddy’s mad!”? 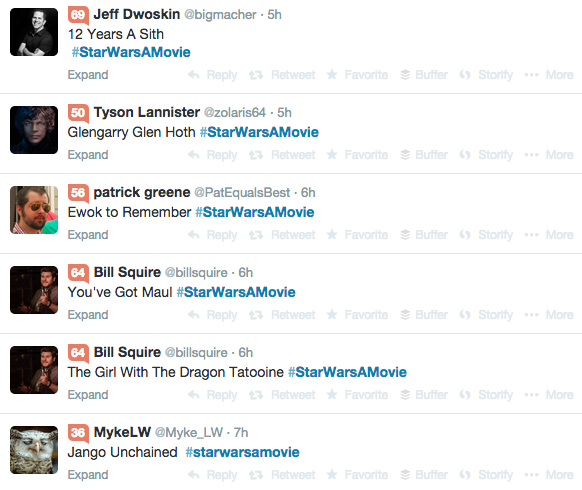 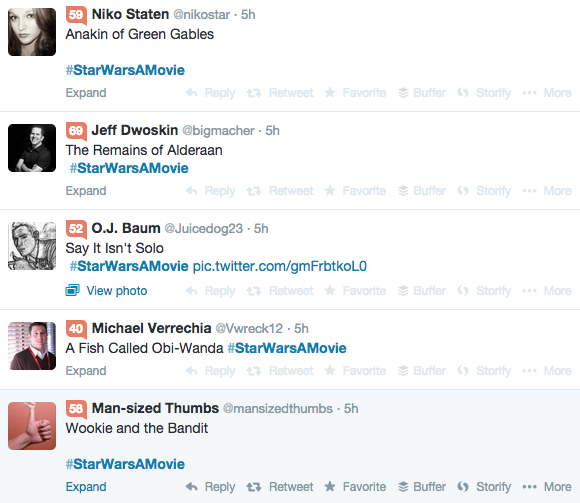 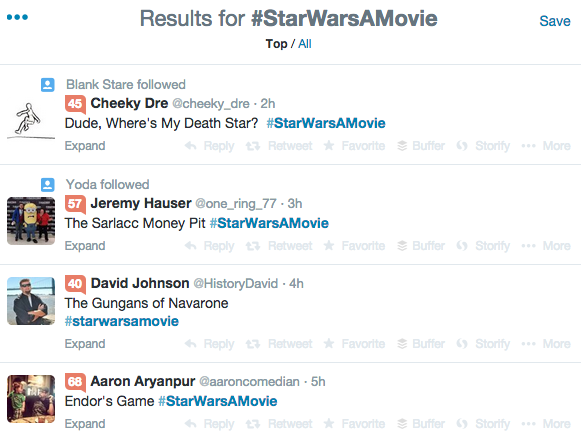 Today’s question: Where did a legion of stormtroopers lie in wait for a Rebel strike team?

Previous Post: 75: Star Wars Lightning Trivia Challenge!
Next Post: 77: Why Do They Keep Coming Back to Tatooine?