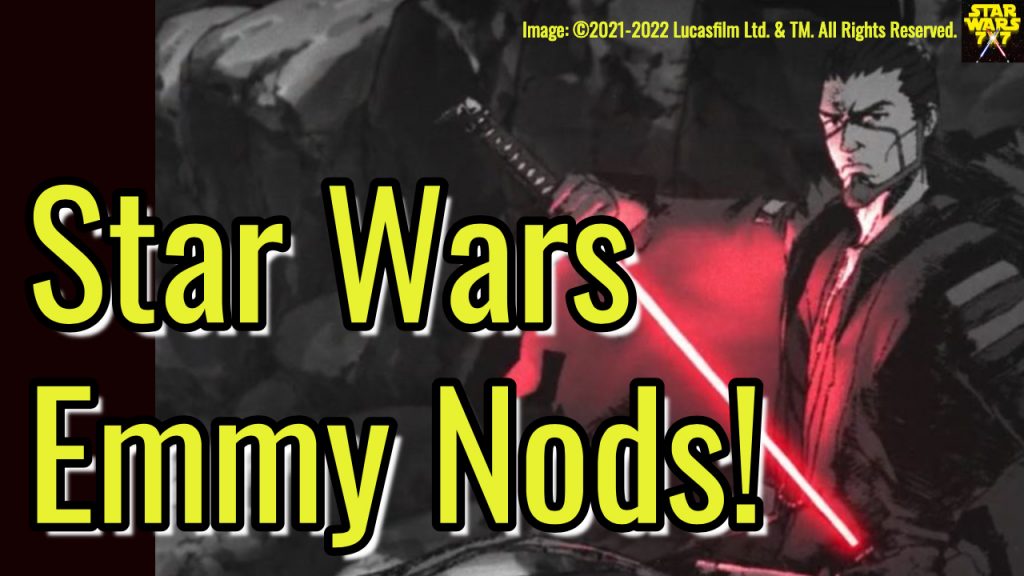 The 2022 Emmy nominations were announced yesterday! Star Wars got five nods, and we’ll talk about those today, as well as one series that was surprisingly absent. Punch it!

Congratulations and best of luck to the nominees!