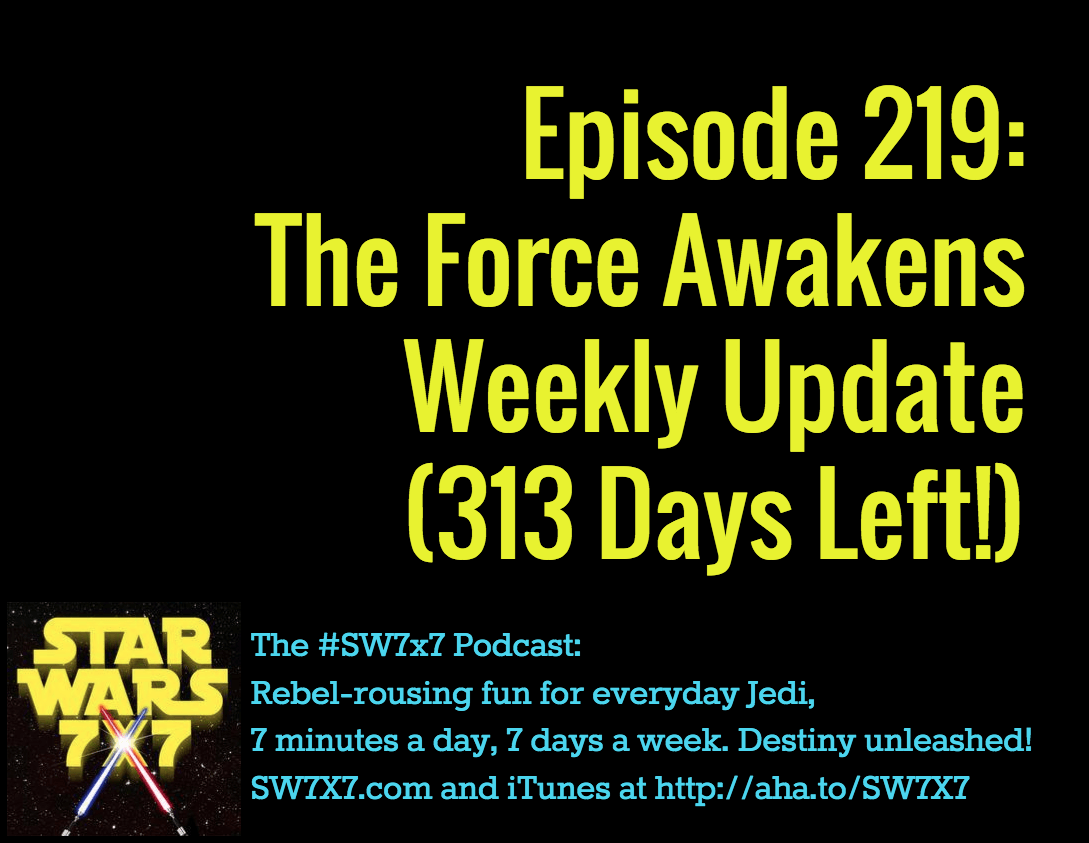 Time for your weekly update! Here are links to news, rumors, spoilers, and more about The Force Awakens:

Rumor about moving the release date

Mark Hamill interview with Hero Complex, where he talks about his first day on set (among other things!)

Happy birthday to the one, the only, the incredible John Williams! The 83-year-old composer has been nominated for more than 40 Academy Awards, making him the most decorated living performer in Hollywood. We should ALL be praying for this virtuoso’s continued health and well-being as the new Star Wars movies come to fruition!

Today’s question: Who predicted Luke Skywalker would soon be “one of us”?