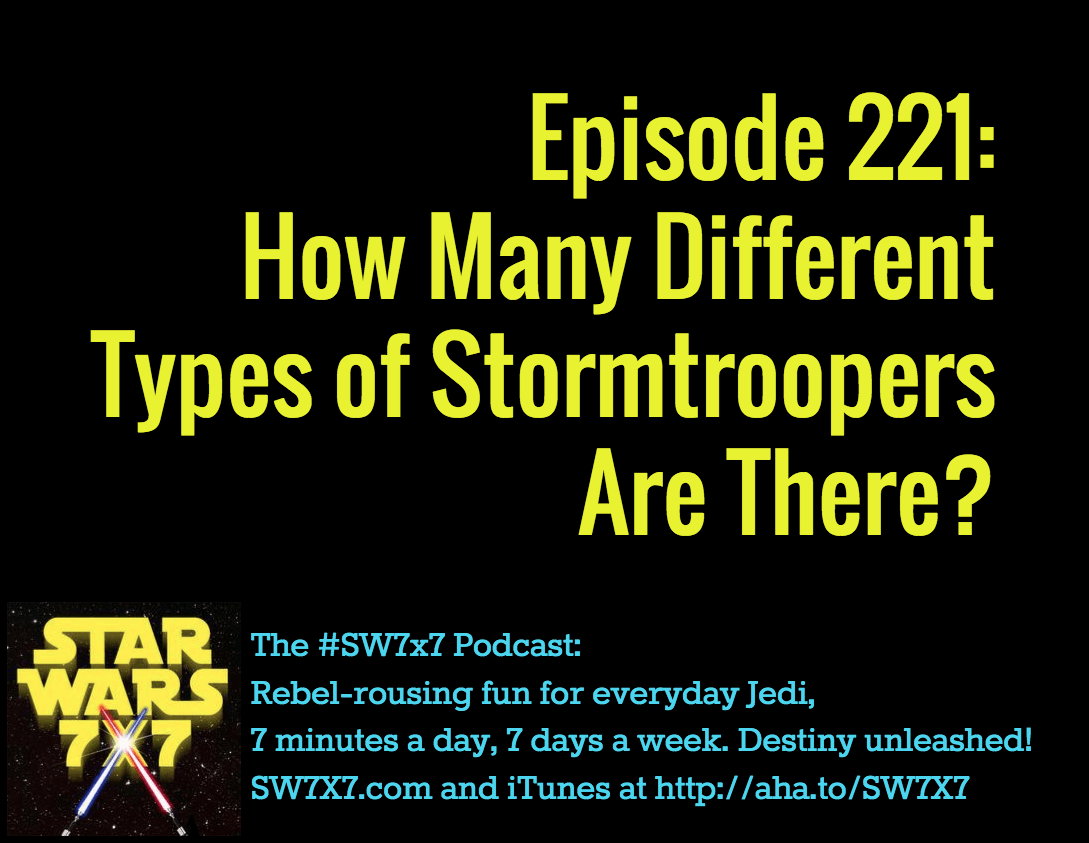 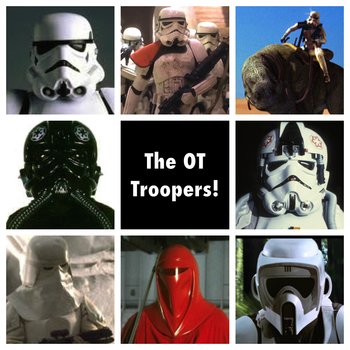 147! That’s the magic number to date of the different type of Stormtroopers, Clone Troopers, and Dark Troopers, according to Wookieepedia. A good chunk of them, of course, became “unofficial” after the Expanded Universe got shot to oblivion and became non-canon.

But, should you really call a Clone Trooper Medic a “trooper” in the literal sense? You wouldn’t if it was the real-life army, I wouldn’t think. Soldier, yes; “trooper,” not so sure. And what about AT-AT Drivers and TIE Pilots? Not included in the lists, even though Clone Trooper pilots are. Very strange!

So my count puts the official Original Trilogy Troopers at eight. (Images via Wookieepedia)

Thanks to Brandon for commenting on show #148 and #218, the latter of which inspired today’s episode!

Today’s question: Who killed the Emperor?