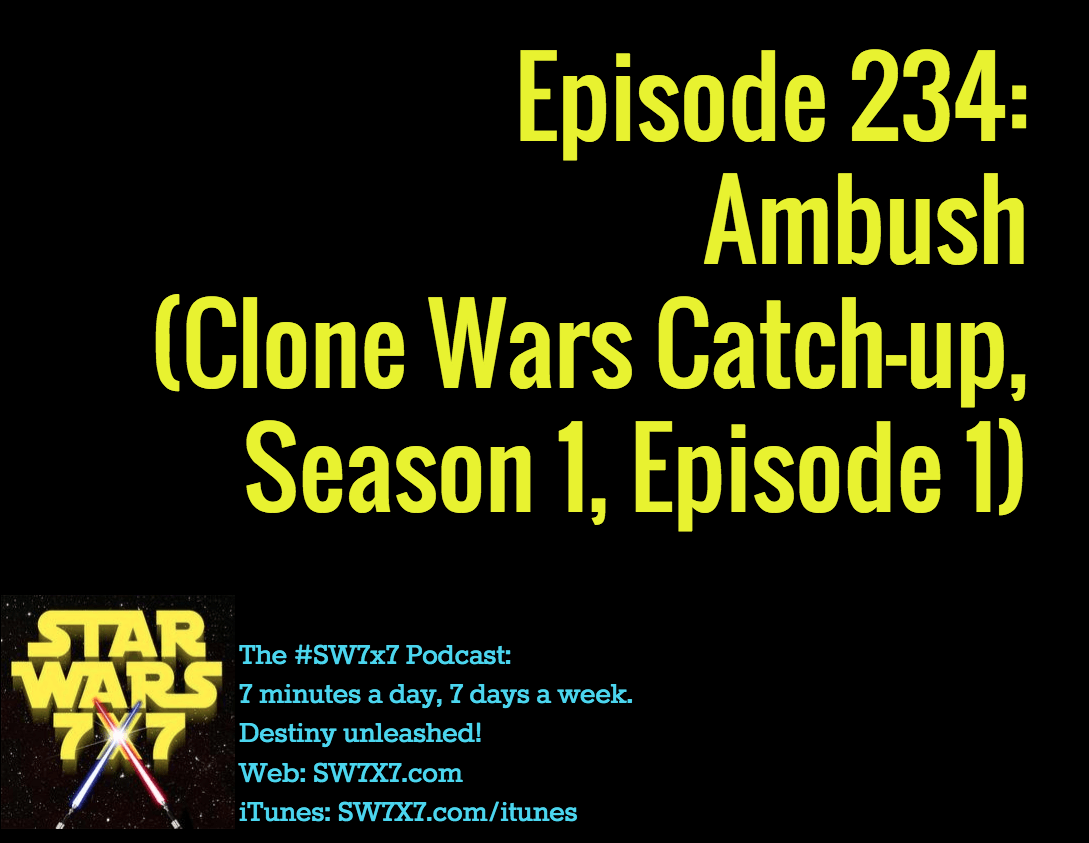 From Wikipedia, the summary of The Clone Wars Season 1, Episode 1: Ambush

Jedi Master Yoda must face off against Count Dooku’s dreaded assassin Asajj Ventress and her massive droid army to prove the Jedi are strong enough to protect a strategic planet and forge a treaty for the Republic. Ventress fails against Yoda, so Dooku tells Ventress to kill the king of the planet, who wants to sign the treaty with the Republic. Yoda protects the king from Ventress, who then flees.

Here are three fun facts about the episode, which features Watto’s race, the Toydarians:

1. Asajj Ventriss is referred to by battle droids as “Supreme Leader.” Huh? Since when was she the supreme leader of anything? Strange…

2. Yoda tells the clone troopers traveling with him that they all look different to him through the Force. I thought this was a very interesting tack to take right out of the gate. Not only does it open a whole realm of ethical debate about the clones, it also immediately expands the roster of characters to whom you should be paying attention in the fledging series.

3. Lightsabers can be shut off using the Force, as Yoda does to Ventriss’ weapons. I always thought that was something either very difficult or impossible to do!

Do you remember this episode, or have you watched it recently? What did you think of it? Chime in via the comments!

Trooper Pop Art Ladies’ Tee – click the pic for details and to get it!

Today’s question: What ship made an attack run on the Star Destroyer Avenger?