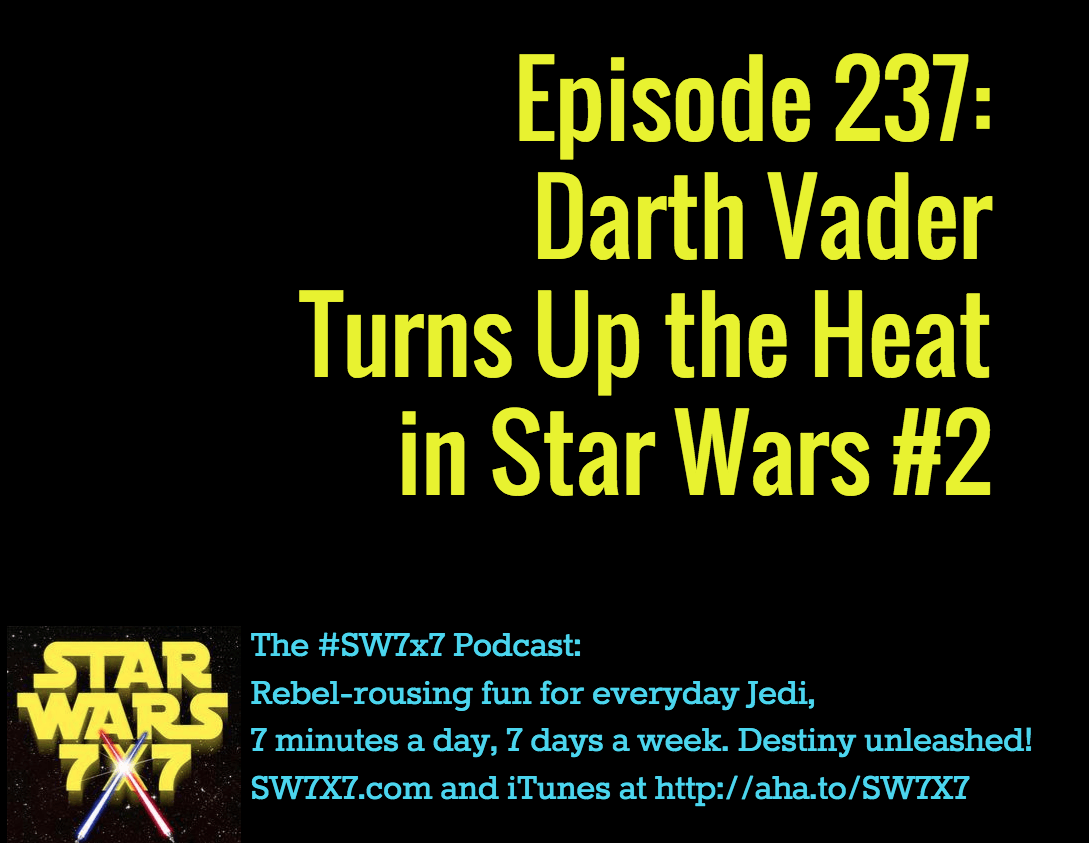 1. Vader is cruel and unusual. And I want to put this in a bit of context here. Vader is roughly 44 years old during the time frame of this comic, which sits between Star Wars and Empire. He’s been in the service of the Empire for the better part of 20 years. 20! He’s probably seen it all twice by now, and is just sick of it. It’s like he’s feeding himself the hate and anger that he keeps feeling, and it just keeps self perpetuating. But I digress. He kills the slave labor left and right in this one, orders stormtroopers to slaughter them, too, and uses the Force to kill a stormtrooper with a horrific neck twist. 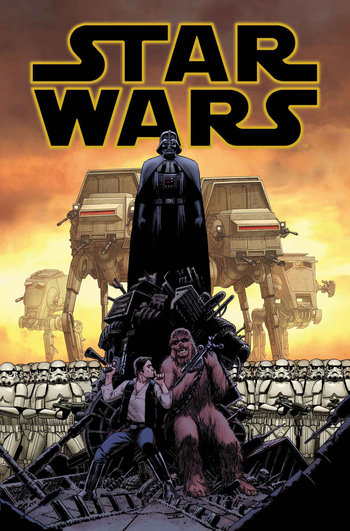 2. The bickering is back. Han and Leia get into it about stomping people while driving the AT-AT, and later about getting the guns of the AT-AT operational. It just makes the situation more realistic to me – how about you? Also, wittier and fun – they’ve definitely captured the voices of the characters.

3. The stark contrast between Threepio and Artoo. Honestly, there’s no better droid you’d want on your side in a fight than R2-D2. Artoo comes through in the clinch yet again, getting the cannons activated in time to blast Vader before Vader could topple the AT-AT himself. Meanwhile, C-3PO was ordered to wave a blaster around, for all the good it did. A hysterical proposition in the first place, and it turned just as badly as you’d expect.

What were your favorite moments from this issue? Have your say in the comments!

Did you know? Chewie appears on the cover of Star Wars #2, but does not appear in the issue itself. What gives, Marvel? Yes, it’s a classic comedic image of Han and Chewie together against impossible odds, but something tells me they won’t go out like Butch and Sundance did…

One of my favorite SNL characters & #StarWars – Father Greedo Sarducci http://t.co/AkyBH5wdei This makes me happy 🙂 pic.twitter.com/zDF3d2dHrl

Mini Vader Ladies’ Tank Top – click the pic for details and to get yours!