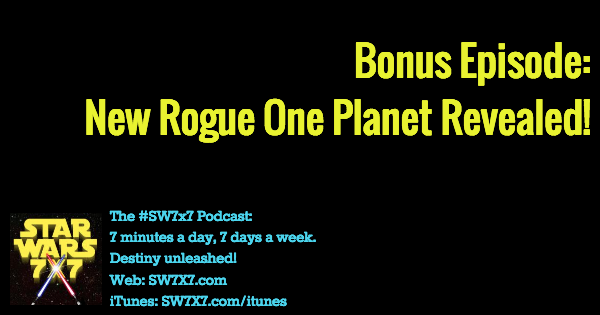 Have you seen the “Go Rogue” videos that are revealing the new toys being released on and around “Rogue Friday” on September 30th? If not, they’re worth your time – fun stop motion animation shorts with more than a bit of comedy thrown in. But they’re also giving us new information about Rogue One.

Specifically, in the video you see below, we get the official reveal of a new planet that will be appearing in Rogue One: Eadu (with a long “e” and a silent “a”), a “rain-soaked” planet the rebels will be visiting at some point. Technically speaking, we’ve seen at least a snippet of an image from there already – in the “Behind the Scenes” reel from Star Wars Celebration Europe, there’s a shot of Felicity Jones in costume having strong wind fans blowing air and water at her. That’s bound to be a shot from Eadu.

Check out the toy video below, which ends with Cassian being captured by the Empire. Does this mean that Cassian gets captured in the actual movie? Share your thoughts in the comments!