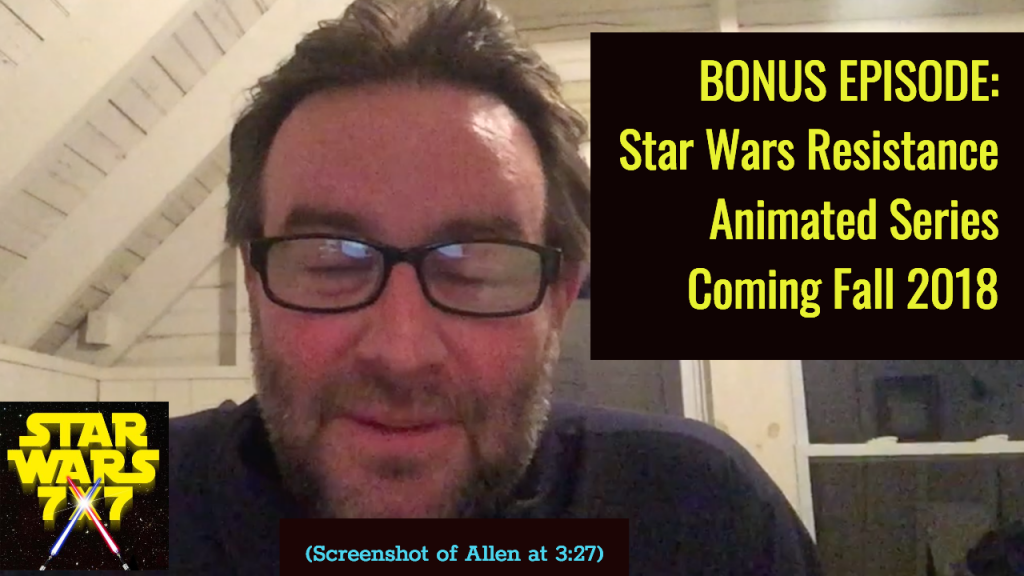 The rumors began in February 2018 with this post on YakFace.com about the trademark filings related to “Star Wars Resistance.” Now, just a little more than two months later, it’s official: Star Wars Resistance is the new Star Wars animated series, coming to the small screen sometime in the fall of 2018.

In this bonus episode of the podcast, I’m talking about the details of the announcement; what other stories have taken place in the six-year existence of the Resistance before The Force Awakens; and add to the announcement by flagging a few writers of the series that weren’t listed in the news release on StarWars.com.

The video below has the main topical content of the episode, and the audio version is pretty much a duplicate of the video version this time around…