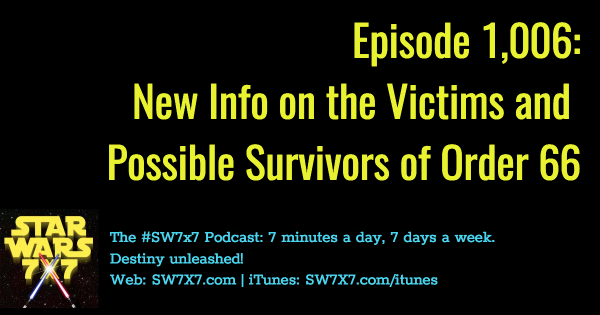 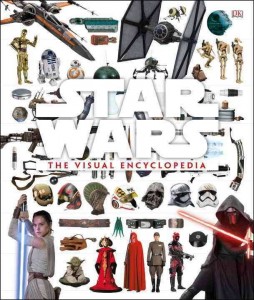 I’m taking this and the next two episodes to peer deeply into Star Wars: The Visual Encyclopedia and see what secrets it might reveal.

In today’s episode, I’m looking at the details of the Jedi Council members during the Battle of Naboo, the Battle of Geonosis, and at the time of the Jedi Purge. There’s one new character who’s only “presumed” dead but not officially pronounced dead. There’s another character listed as “presumed dead” but is actually dead according to the Star Wars Galactic Atlas. And there’s a third character who definitely survived, according to the actor who played him – but that bubble has been officially burst by the encyclopedia.

Surprisingly, all of the above may have implications for the Jedi in the Sequel Trilogy, too – and I’ll be looking into that as well on Star Wars 7×7 today.

Thanks again to DK Publishing for sending me an advance copy of Star Wars: The Visual Encyclopedia to sink into. The amount of information in there would be overwhelming were it not for the presentation and design, one of DK’s abiding strengths. Have you seen the book yet? What do you think of it? Have your say in the comments.