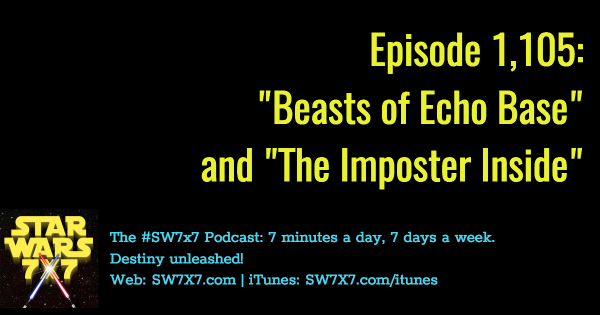 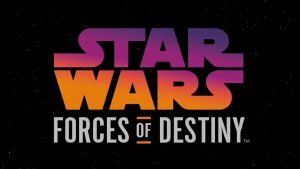 Welcome to the third of our four looks at “Forces of Destiny,” the series of Star Wars mini-episodes set during a variety of timepoints within the prequel, original, and sequel trilogies.

“Beasts of Echo Base” will especially tickle your fancy, I believe, because it ties into a famous deleted scene from The Empire Strikes Back. In one of Empire‘s trailers, you can see Threepio ripping a sign off of a door. Later, hapless stormtroopers open the door and get attacked by the wampa(s) on the other side of it. Well, we don’t get to see the sticker being applied in “Beast of Echo Base,” but we see what appears to be the sealing of said door.

And it’s always great to see Padme and Ahsoka back in action together again, as we do in “The Imposter Inside.” What did you think of these episodes? Share your thoughts in the comments!

Today’s question: Does Krennic give the order to shoot Lyra before or after he himself is shot?