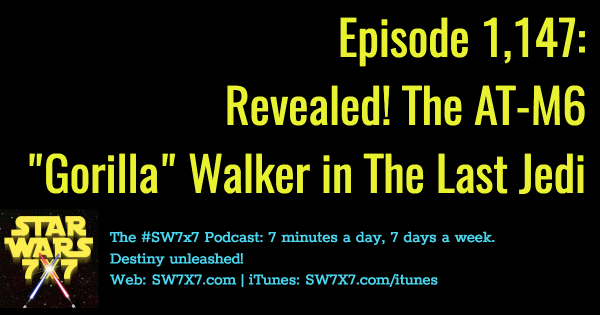 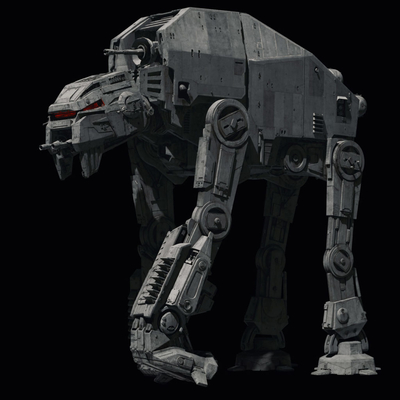 Two weeks ago, it was the Entertainment Weekly cover story reveals for The Last Jedi. Yesterday, it was The Star Wars Show’s turn. The Emmy-nominated short form variety show had the privilege of “officially” debuting two new vehicles from the upcoming movie. (That’s “official” in quotes because at least one of them had been talked about in early leaks about the movie.)

On today’s episode, I’ll be talking about the big meanie pictured here, the AT-M6. (Image via Lucasfilm.) AT-M6 stands for “All Terrain MegaCaliber Six” and, in particular, seems to be all about that giant gun extending over the top of its head from the body of the walker. I’ll also be talking about the inspiration of the design, which may have implications for resistance to the harpoon-and-tow-cable attack, about iteration in Star Wars design, and implications for the action in the movie.