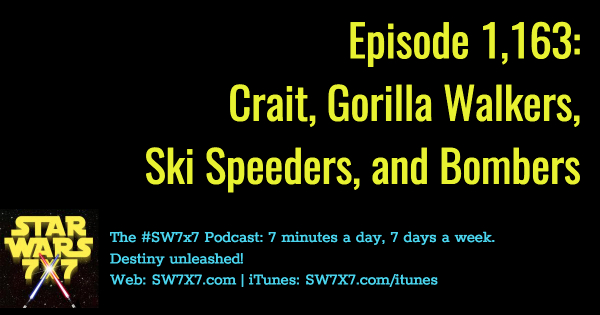 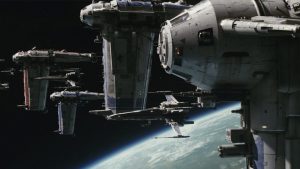 That looks more like, say, Crait than it does like D’Qar, doesn’t it? I’m referring to the picture of the Resistance Bombers, and specifically the planet over which we see them here and in the teaser for The Last Jedi. (Image via Lucasfilm.)

If so, we might be in for a sequence in The Last Jedi that combines the excitement of the space battle from Return of the Jedi with the ground battle from The Empire Strikes Back. But maybe let’s not get too ahead of ourselves. In today’s podcast, I’ll be going over the new entries in the StarWars.com Databank about Crait, as well as the AT-M6, the Resistance Ski Speeder, the aforementioned Resistance Bomber (kind of looks like the front section of a medical frigate from Return of the Jedi, doesn’t it?), and the first Order Dreadnought.