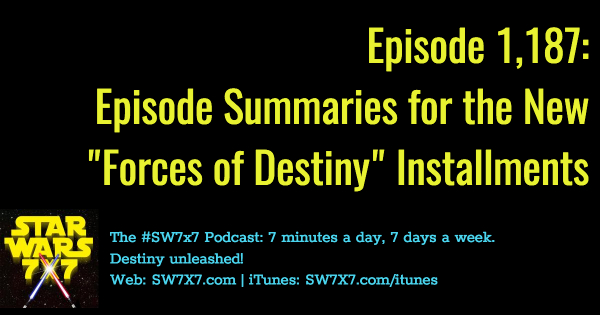 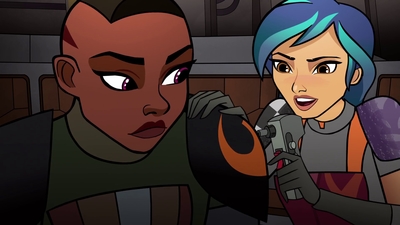 Surprise, surprise! I probably should be embarrassed to say that I stumbled upon the new episodes of Star Wars: Forces of Destiny on Disney XD while mindlessly channel-surfing in the hotel. We kicked cable at home many years ago, so it’s a pastime I no longer indulge as often as I once did. Which is just as well, probably, but I digress.

On today’s podcast, I’m providing a quick summary of all four new episodes that were released earlier this week: “The Starfighter Stunt” with Ahsoka and Padme; “Teach You, I Will” with Anakin, Ahsoka, and Yoda; “Newest Recruit,” which feature Sabine, Ketsu, Hera and Chopper; and “Tracker Trouble,” featuring Rey, Finn, and BB-8 along with Han and Chewie en route to Takodana as the Falcon comes out of hyperspace for unknown reasons.