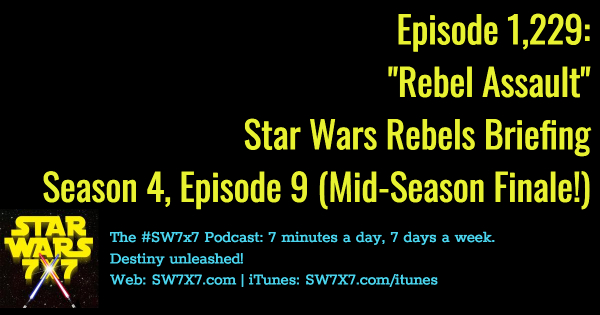 Today’s podcast is a full-spoiler recap of the episode, and you can also catch the fully detailed episode rundown on Wookieepedia as well. I’ll be focusing on the top five elements of the episode, and without revealing too much here, let’s just say that it was wall-to-wall action, with hardly any let-up at all, and even as a viewer, I was surprised when the episode ended. Not that it was a shock ending, per se, just so caught up in it that I didn’t realize so much time had gone by. It moved like a son of a gun, as Larry Kasdan likes to say, though he doesn’t say it exactly that way. When they use the word he uses in a Star Wars movie, that’s when you’ll hear it on the podcast. 🙂 Seems fair, right?