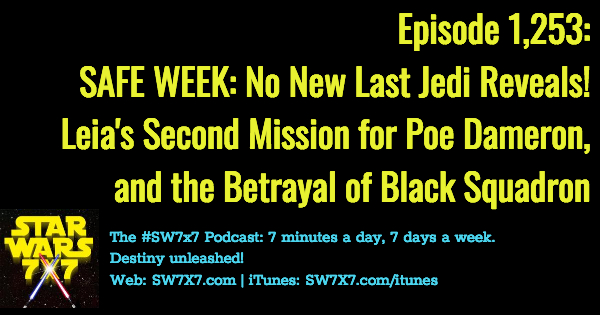 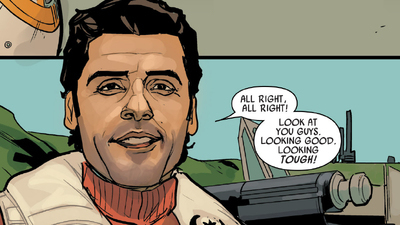 Poe Dameron, doing his best Matthew McConaughey impression there, in “Black Squadron,” the first story arc of his eponymous Marvel series and the second-ever mission he went on at the behest of General Leia Organa.

Because it’s SAFE WEEK – one week until the release of The Last Jedi – I’m not going to be talking about any more new footage or dialogue we encounter in commercials or reveals in interviews. At this point, I think you’re in a place like I am, where you feel like you don’t want to hear any more about the movie, and you’d rather go into it with the knowledge you have and no more of it.

Today, Black Squadron chases down its first lead on the whereabouts of Lor San Tekka, suffers a betrayal to the First Order, and has a run-in with one Agent Terex of the First Order Security Bureau…