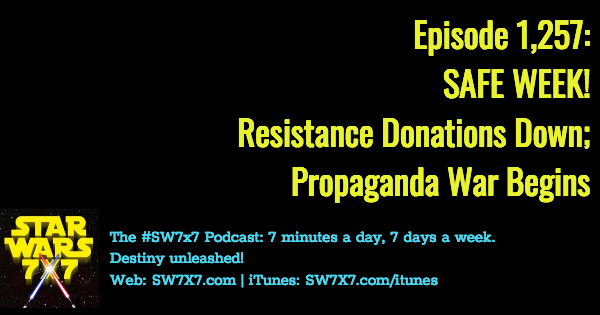 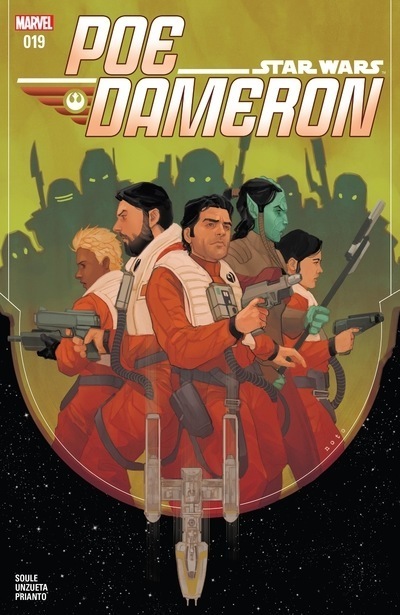 Safe week continues here on Star Wars 7×7 – instead of talking about the latest commercials or interviews about The Last Jedi, I’m digging into the actions of Leia Organa, C-3PO, and Poe Dameron and Black Squadron in the months just prior to the events of The Last Jedi.

One thing the Resistance was low on was fuel, until Black Squadron took care of that problem for a while, in the “Legends Lost” story arc.

Now, the problem is money. Donations aren’t coming into the Resistance they way they used to. Folks are tired of hearing Leia’s cries of “Wolf!” when nothing outright terrible is happening (as far as anyone knows), and meanwhile there are complicit Senators in the New Republic claiming the First Order isn’t a threat.

The answer to both problems? Raise the stakes in the propaganda war. And in the process, the “War Stories” story arc resolves the saga of the forced-to-be-a-traitor Resistance mechanic Oddy; Commander Malarus suffers an even bigger loss to Black Squadron; and we find out that Malarus’ physically abusive behavior toward Terex may have knocked just enough of those brain implant circuits loose for him to be able to override them – albeit with great pain – from time to time…