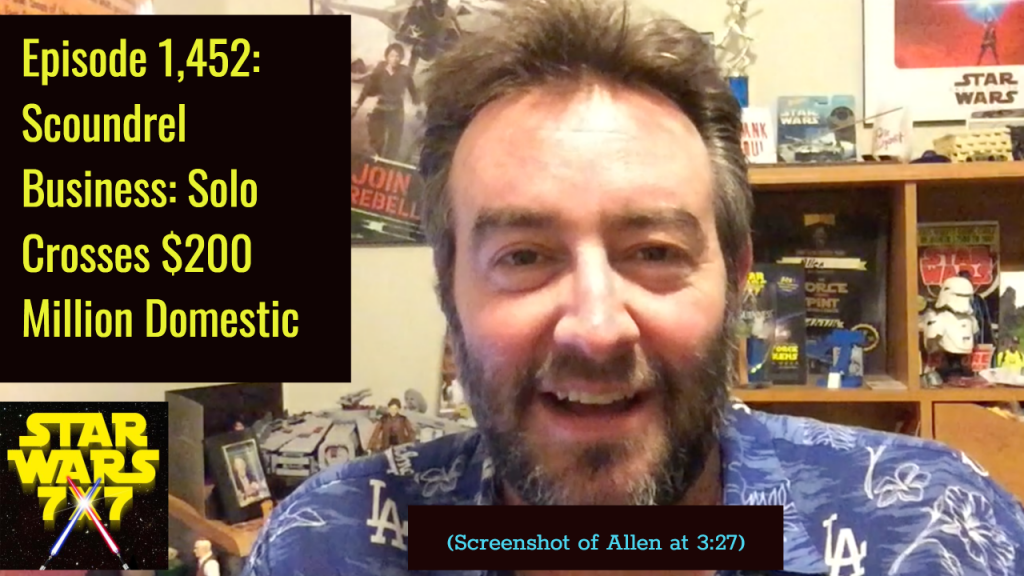 Well, it took a bit longer than it did for the previous three Star Wars movies released under the Disney banner, but Solo: A Star Wars Story crossed the $200 million mark domestically and the $350 million mark worldwide during its fifth weekend of release. And with the pending purchase of Fox and its movies by Disney, will Disney in general and Star Wars in specific end up suffering because – in a sense – the studio (Disney) winds up competing with itself as often as it competes against other studios and their releases?