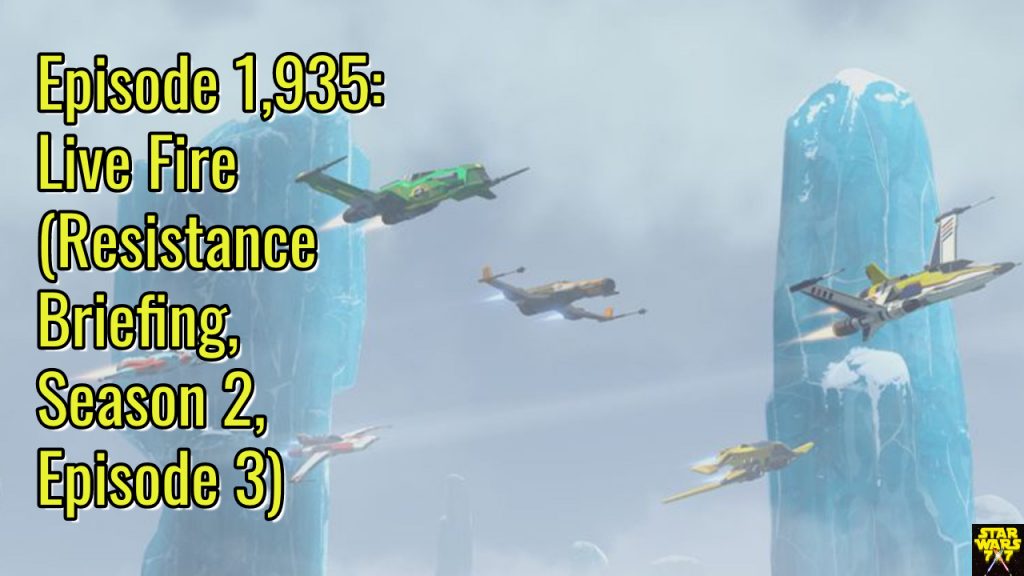 A former Imperial TIE pilot explains why he thinks the Empire lost the war to the Rebellion, and it also illustrates the difference between the First Order and the way Jarek Yeager trains the Aces in “Live Fire,” episode 3 from season 2 of Star Wars Resistance. Punch it!