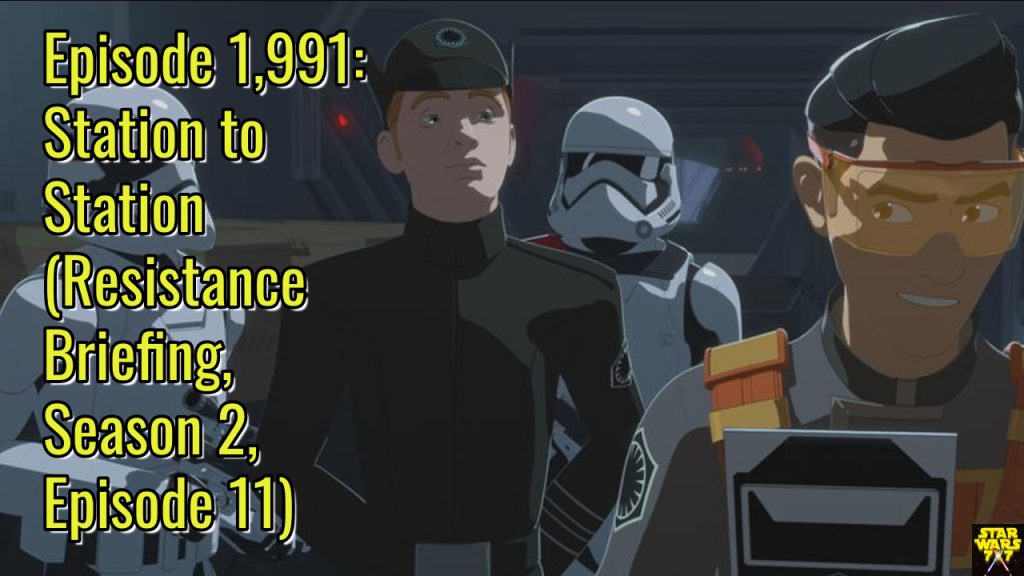 Welcome to our latest Resistance Briefing! This is also a SAFE ZONE episode, so you can watch or listen without fear of hearing something about The Rise of Skywalker that you’re not ready to know just.

This episode was also recorded in the midst of a power outage, which occurred due to high winds across multiple New Hampshire counties. But the show must go on, and as long as a local cell tower stays active, today’s episode will arrive right on schedule.

“Station to Station” is episode 11 from season 2 of Star Wars Resistance, and for me at least, this is hands down the best episode of the series so far. The script moves so fast that Larry Kasdan himself would be proud of it. It’s got tension, intrigue, drama, comedy, the whole shebang. And that’s what we’ll be talking about on the show… Punch it!