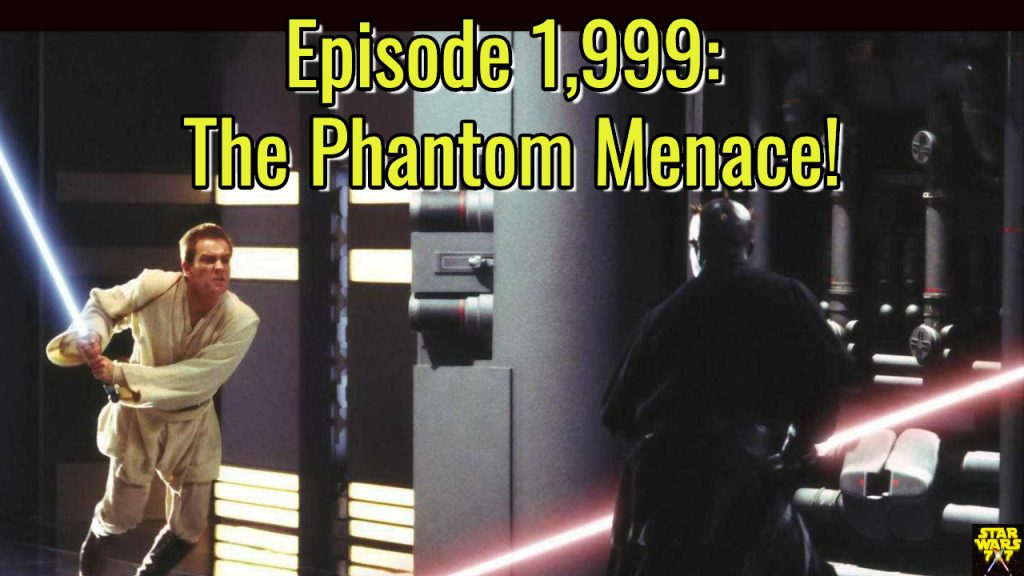 We’ve hit another episode number that corresponds to the year of a Star Wars movie release, so we’re going to stop with The Rise of Skywalker talk for the day and have a look at The Phantom Menace!

Just like the previous year/episode number matches for 1977, 1980, and 1983, we’re exploring the themes and complications of family as presented in the Star Wars movies, focused this time on the first movie in the Prequel Trilogy. It’s an interesting comparison to A New Hope, the first of the Original Trilogy. In that movie, people from families broken out of their control banded together to deal a blow to a Galactic Empire – and as a result, created their own new family. From a certain point of view. 🙂

Meanwhile, in The Phantom Menace, people have left their families on purpose, to join the Jedi Order. And they have free will! If they decide that the Jedi Order isn’t for them, they can leave and go back to their own lives.

But things are not all as rosy and blissful as they seem. Because it’s easy to be the master of your emotions when you’re just hanging out in a temple all day. Then the Sith come along, and Obi-Wan is definitely not using the Force against Darth Maul only for knowledge and defense … we’ll be talking about that today, and how family matters are so much easier when there’s no drama. Punch it!