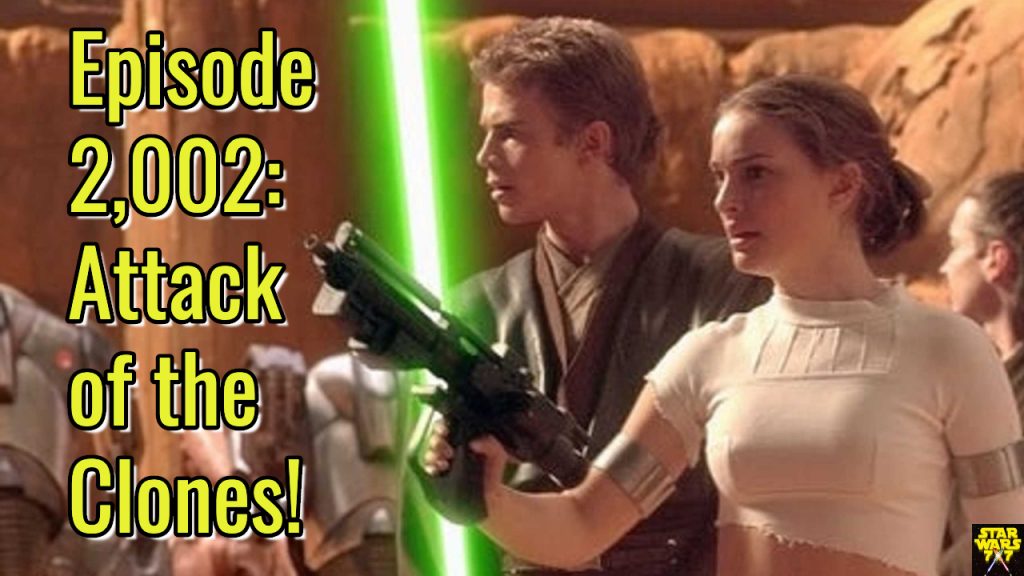 From a family dynamics view, Attack of the Clones is an especially difficult movie for Anakin Skywalker. Not only is he dealing with a life-or-death crisis in his biological family, he’s also forced to deal with a life-or-death crisis for his surrogate family as well. In fact, you could argue that the reason why he chooses to marry Padme in secret – and not leave the Jedi Order – is because of the death of his mother. He loses his link to one family in the movie, and so it’s highly unlikely he would walk away from the only family he has left.

Or he could become a moisture farmer with his stepdad, and start a new family with Padme. Unlikely, perhaps, but it’s not like he didn’t have options. We’ll be talking about all of this and more, including a potential link between this movie and The Last Jedi as well. Punch it!