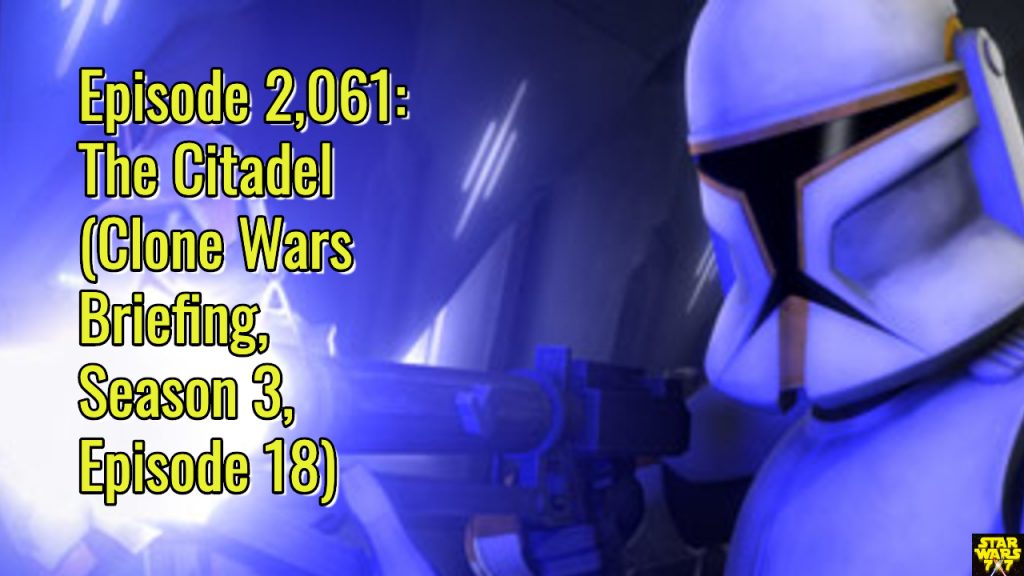 “The Bad Batch,” episode 1 from season 7 of the Clone Wars, features Captain Rex making a shocking discovery by the end of the episode. To understand the history behind that discovery, we have to go back in time a bit – to a story arc that began with episode 18 from season 3, “The Citadel.”

It’s the first of three episodes that deals with the capture of Even Piell, a Jedi with knowledge of a secret hyperspace lane called the Nexus Route, which connects both Separatist and Republic homeworlds. That means it has some very serious military potential, and the Separtists want to get that information out of him in any way possible. On the other hand, the Jedi want to get Piell back before he breaks. That will require them breaking into The Citadel, a prison designed specifically to hold Jedi, and from which no one has ever escaped.

It turns out that this was the last Clone Wars Briefing I had done, prior to the recent series to prep for season 7. So this episode is also a bit of a blast from the past, since it features content from nearly 1,000 episodes ago! And we’ll talk about the mission, about R2-D2’s rank promotion, the first appearance of a famous OT villain, and much more. Punch it!