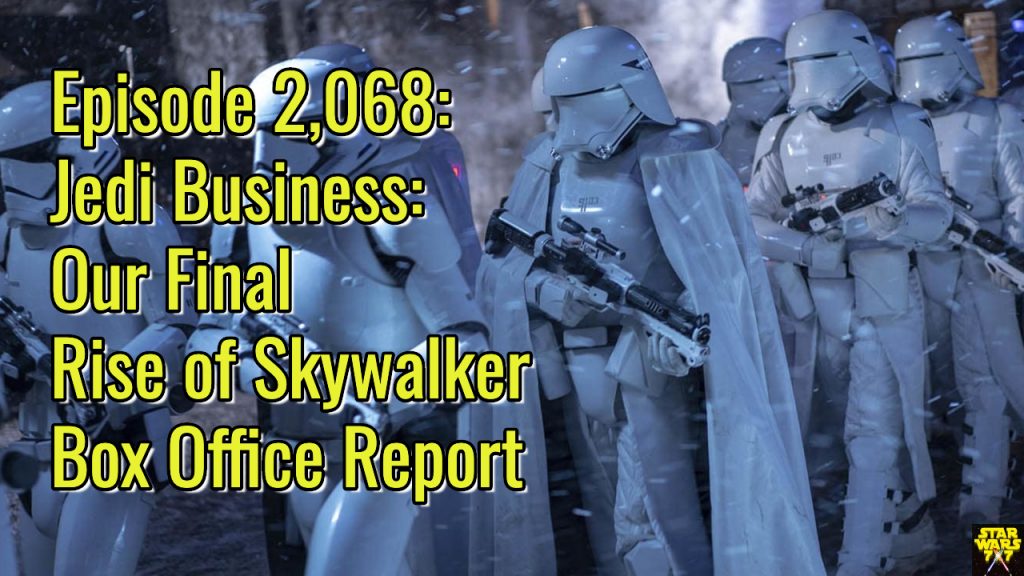 The Rise of Skywalker has been in theaters for more than 70 days now, but for all intents and purposes, the run is complete. Last weekend, it was only playing on about 400 screens domestically, and on the Friday (2/28), it took in an estimated $84,000. At this rate, it’s pretty safe to say that these final weeks at the box office won’t even have much of a rounding effect on the totals…

So on this, the last Jedi Business episode for the conclusion of the Skywalker Saga, I’ll share where the numbers stand domestically and worldwide; where it ranked in 2019 and all-time; how it compared to Rogue One at the box office (its nearest Star Wars competitor by box office); and the one possible jump in ranking it could still make.

I’ll also talk about what’s next for Star Wars movies, and how the recent Project Luminous publishing announcement relates (if at all) to the future of Star Wars on the big screen. Punch it!