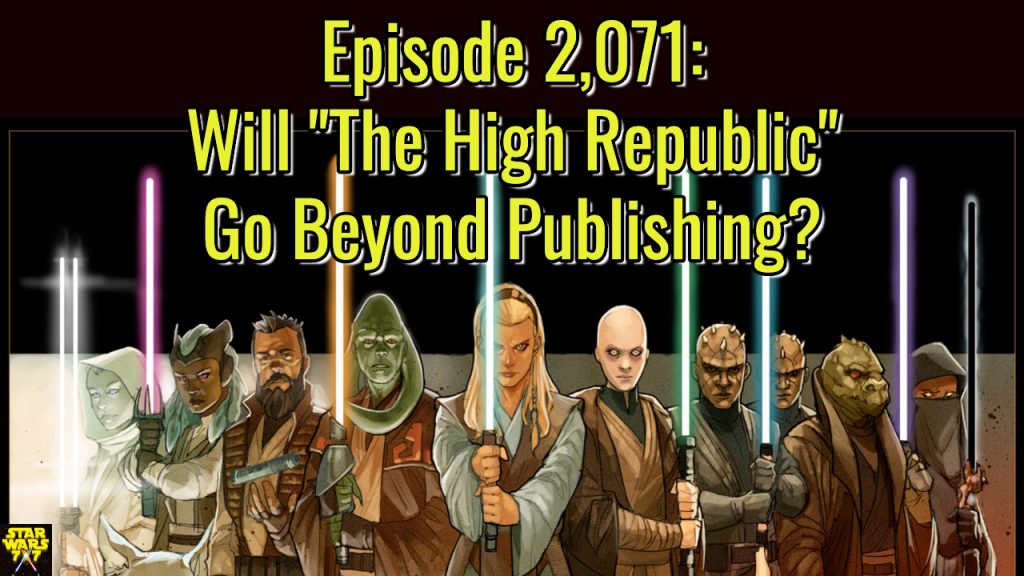 Here’s what Lucasfilm said at the top of their official press release/announcement for the mystery formerly known as Project Luminous – now revealed as Star Wars: The High Republic:

This period on the Star Wars timeline will not overlap any of the filmed features or series currently planned for production, giving creators and partners a vast amount of room to tell Star Wars stories with new adventures and original characters.

Okay, yeah, okay, but… what’s “currently planned for production”? Mandalorian Season 2, the Cassian Andor series, and the Obi-Wan Kenobi series. That’s it, as far as we know. There still hasn’t been any announcement about what’s in the works for the dates on Disney’s release calendar – December 2022, December 2024, and December 2026. And everything in the rumor mill has been vague, categorized as “in talks” (no contract signed and not in development), or in the very early stages of development (see: Kevin Feige).

So, that official statement doesn’t exactly preclude The High Republic from making the jump out of publishing, does it? And wait, there’s more! On today’s episode, I’ll be picking out quotes from a variety of people that seem to point at the possibility of The High Republic serving as a testing ground that could – *could* – evolve into live-action stories. Punch it!