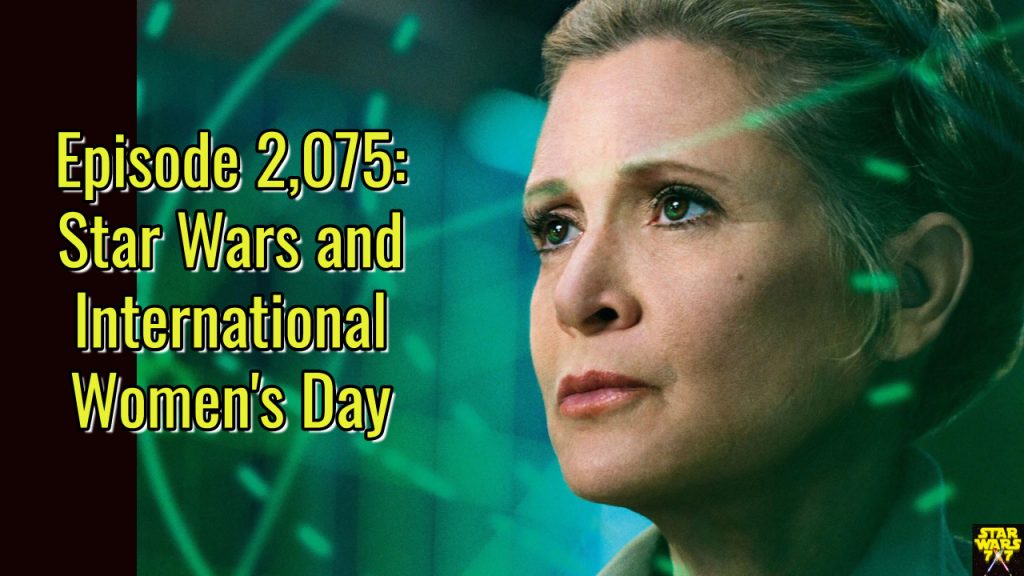 Yesterday was International Women’s Day, and I got to thinking. Yes, it was a big deal that the character of Princess Leia debuted in 1997. And yes, they made Padme Amidala a strong character in the prequels. But I think:

Now, there may have been great strides made for leading female characters in the old Expanded Universe (I hope so!), but the fact of the matter is, most people experience Star Wars through movies and television. And it looks as though Lucasfilm didn’t set out to tell a Star Wars story in film or TV with a significant female character until the Clone Wars in 2008 – more than three decades after the debut of A New Hope.

I’m going to be talking about this on today’s episode, speaking in support of more leading female characters, and a female-led Star Wars movie for the 2022 date. Punch it!