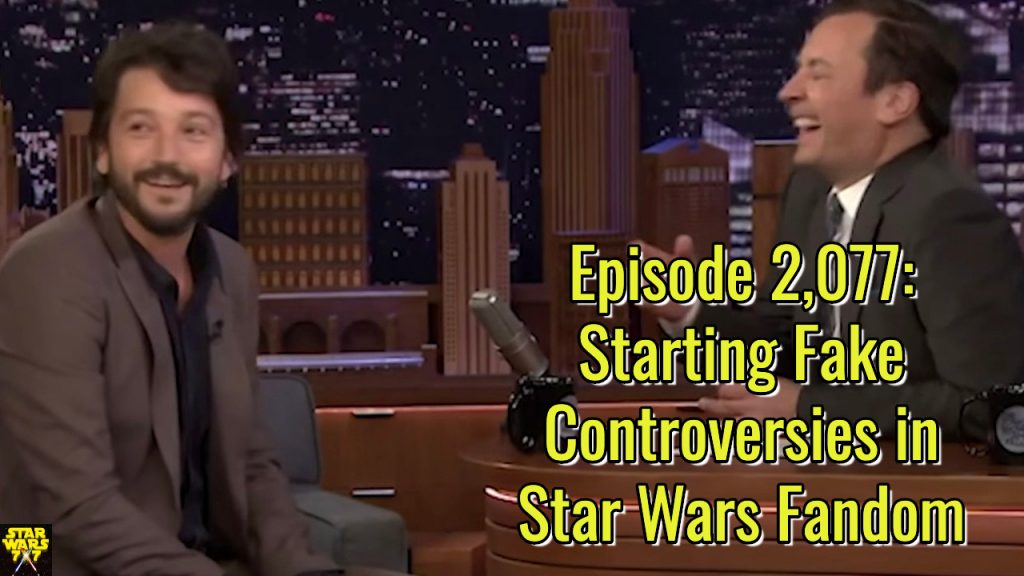 Here was the headline that we haven’t gotten to talk about yet:

And here’s the problem with it. 90% or more of people who see that headline are not going to click through to read the article. That’s not a criticism, that’s just web statistics. So 90%+ of the thousands of people who see that are going to think to themselves, “WTF, Lucasfilm? Diego’s a nice guy! There’s more problems at Lucasfilm! And Disney!” And $*&%#$(*&$*(&%()&#$% and so on and so forth.

There are already enough strident and conflicting voices opining about Star Wars right now. We don’t need media outlets to through gas on the fire to create fake controversies in order to get clicks.

And yes, it’s fake. It’s blandly misleading at best, and intentionally inflammatory at worst. On today’s episode of the show, I’m going to share the basis of that headline with you – the appearance of Diego Luna on The Tonight Show With Jimmy Fallon. You can hear it exactly the way Luna tells it, and when you do, you’ll see the latest example of exactly why we don’t need people trying to start trouble where none exists. Punch it!