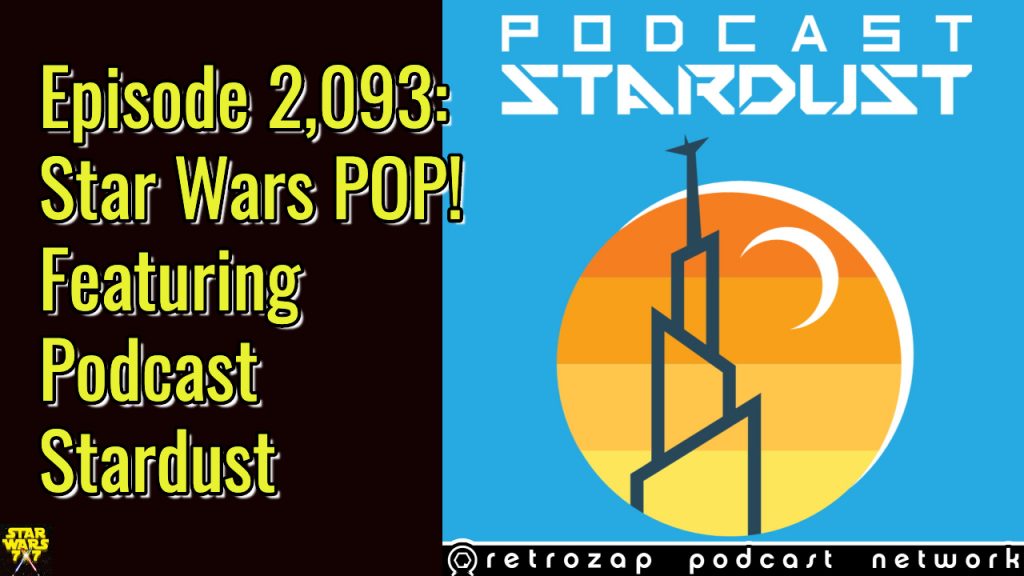 I did two episodes of that feature – one with Tim McMahon of The Expanded Fandomverse and Less Than 12 Parsecs, and another with Amy Ratcliffe of Lattes With Leia. And I have no idea why I stopped after two of them! It wasn’t like it was getting out of hand… (That’s a Neimoidian joke for you.)

So as of today, I’m rebooting the feature, and I’m pleased to welcome Jay and Dennis from Podcast Stardust to the microphones. There’s a standard seven questions I’ll be asking them and every other podcast guest for this feature, and I’ve already got three more recorded so far. But first, Jay and Dennis… Punch it!