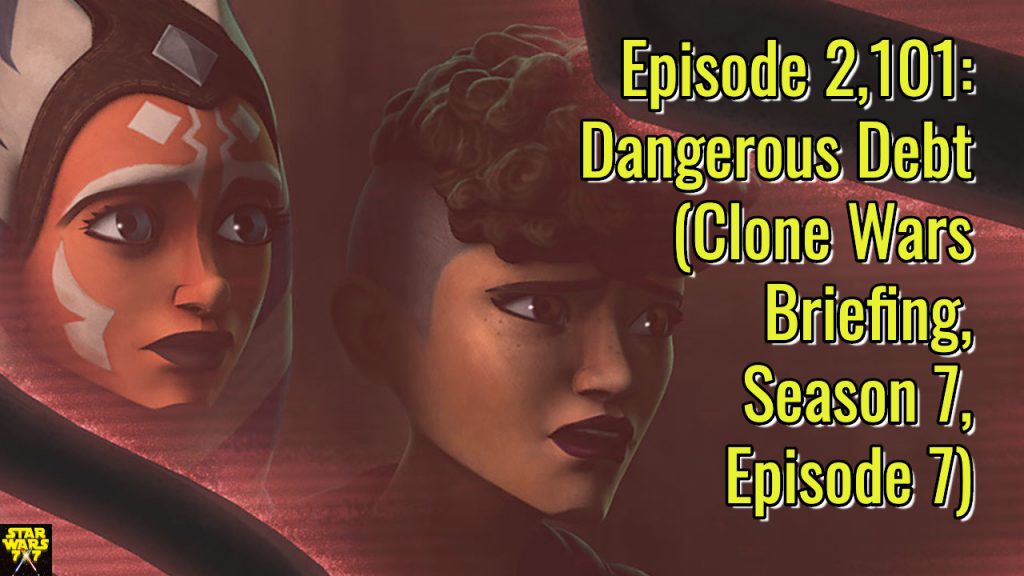 “Dangerous Debt” is season 7, episode 7 of the Clone Wars series, and the third of a four-part story arc. Interestingly enough, the main thrust of this third part is much the same as the thrust of the third episode in the Bad Batch arc – having been pinned down by the enemy in one fashion or another, our heroes need to escape.

And although the escape goes better for Anakin, Rex, Echo, and the Bad Batch than it does for Ahsoka and the Martez sisters, “Dangerous Debt” turns out to be the more compelling of the two. On today’s episode, I’ll explain why, and also explain how my feelings in that regard have nothing to do with THAT scene – you know the one I’m talking about. If it hadn’t been in the episode, I still would have thought it to be deeper, more emotionally layered and nuanced. But with the addition of our surprise guests, the story got even richer and deeper.

And now that those characters have been introduced, it makes one wonder whether the “Together Again” title for next week’s episode refers to Anakin and Ahsoka, as we’d previously thought, or if something else big is going to happen… Punch it!