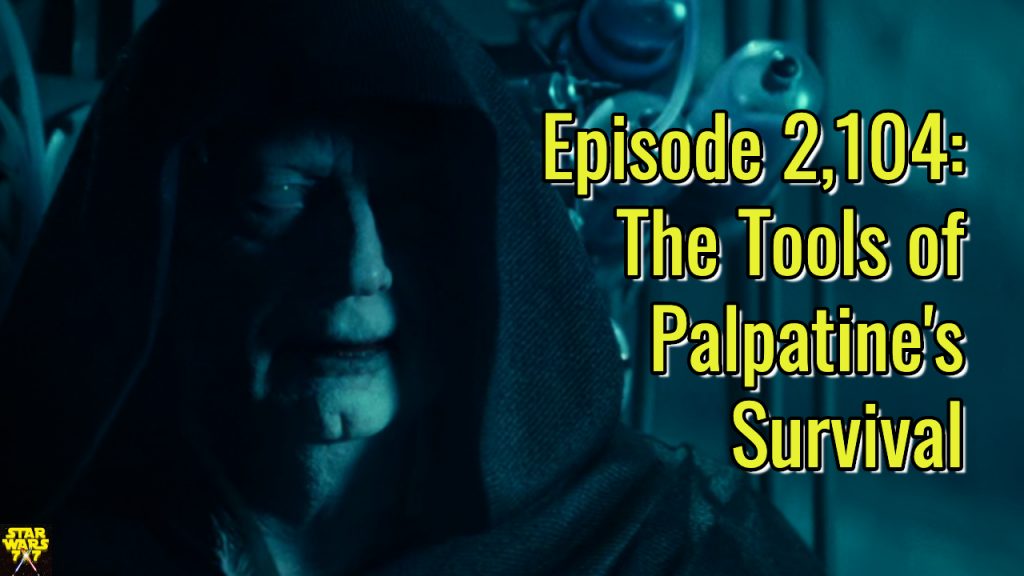 Anthony Daniels once described The Rise of Skywalker co-writer Chris Terrio as someone deeply steeped in Star Wars lore (I’m paraphrasing, but that’s certainly the gist of it). Well, to explain how Palpatine managed to survive the events of Return of the Jedi, they had to go back about 4,000 years into Expanded Universe (now known as “Legends”) history to come up with one of the tools of the Sith lord’s continued existence.

On today’s episode, we’ll talk about Kylo’s first encounter with Palpatine as depicted in the “Expanded Edition” novelization (and thanks again to Penguin Random House Audio for sending me a copy to explore with you), which is a big deal, because at this point – as we’ll talk about in this episode – there’s currently no other source of information on Palpatine in the time of the sequel movies. Punch it!