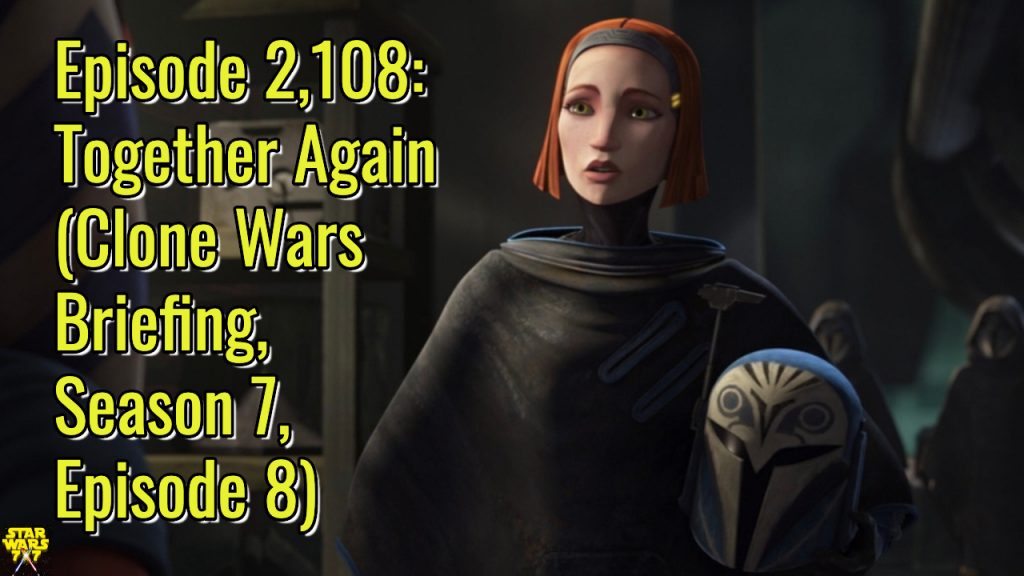 “Together Again” is episode 8 from season 7 of the Clone Wars, and the final episode of the story arc that’s been known as “Ahsoka’s Walkabout” since details of it were shared at Celebrations past. You know what generally needs to happen by the end of the episode – Ahsoka and the Martez sisters need to escape from the Pykes, and the Martez sisters likely need to be able to get away in a manner that will keep them out of trouble with the Pykes for the foreseeable future.

The key for whether it turns out to be a good episode is whether the way it happens is surprising, and as it turns out, there are multiple surprises in the episode. I’ll talk about the unexpected things that happen along the way; the dramatic character reveal that’s going to take us into the final story arc; and the creative team’s first steps toward resolving the fact that there was going to be a story arc that took place in between this one and the Siege of Mandalore. Punch it!