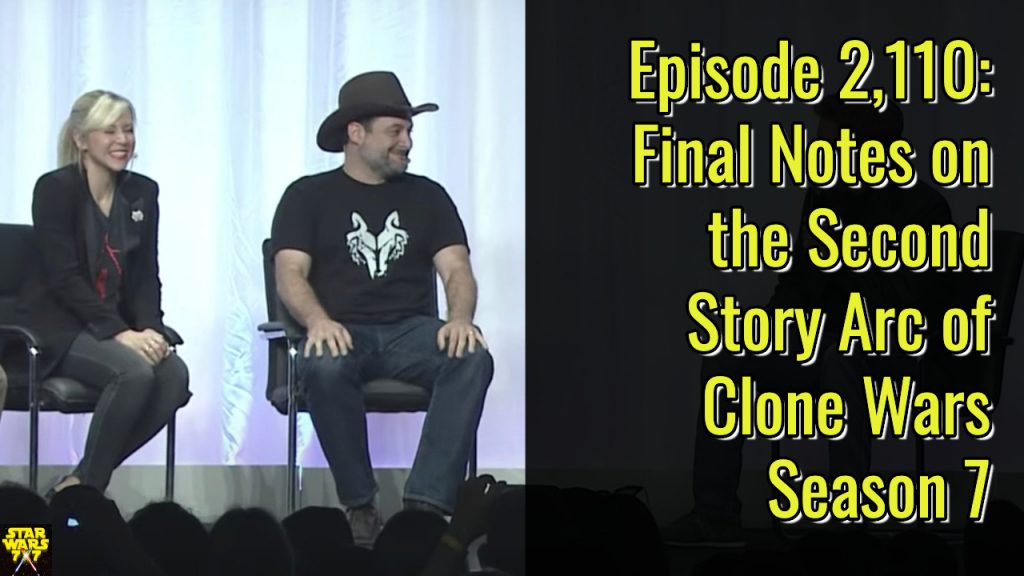 The second story arc Clone Wars season 7 – which had been known as “Ahsoka’s Walkabout” when it was first introduced to fans at Star Wars Celebration Europe (London) in 2016 – is now complete. On today’s episode, I’ll be diving back into the “Ahsoka’s Untold Tales” panel from that event to see how the original version (or, at least, what we knew about it back then) differed from the final version we saw on Disney+. And we’ll also talk about what’s next. Punch it!