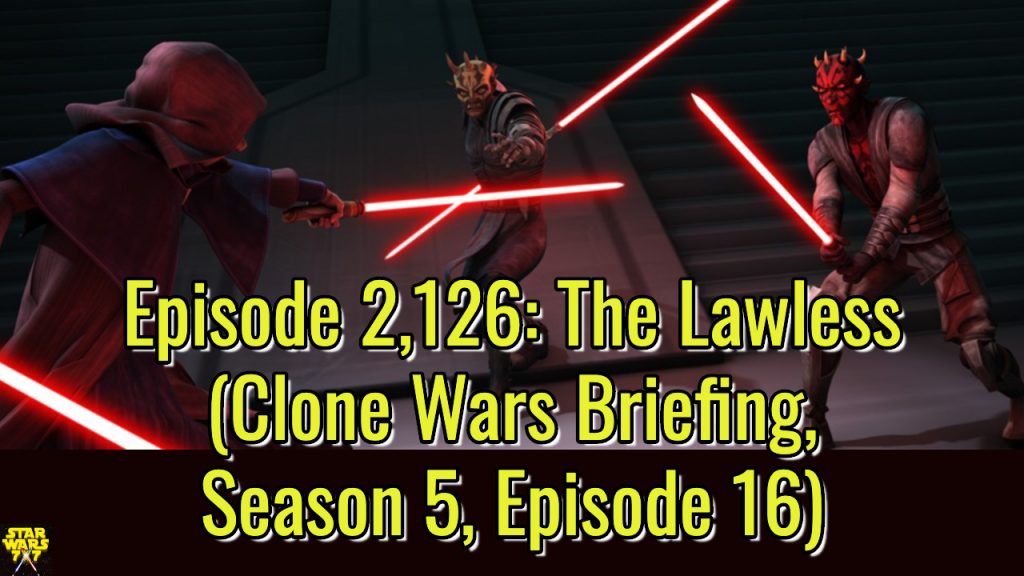 As far as television goes, “The Lawless” is the final appearance of Maul in the Clone Wars – it’s episode 16 from season 5, and the final episode in this story arc as well. We’ve seen how Maul assembled his criminal syndicate, and we’ve seen how he took over Mandalore and installed a puppet government. Now, in this final installment, we’ll see his attempt to revenge himself upon Obi-Wan Kenobi! He’ll also get a surprise visit from his old master, Darth Sidious – and man, that doesn’t go well at all for him and Savage Opress. Punch it!